The sixth edition of the Cardinal Deans’ Shootout took place at halftime of the Ball State-Northern Illinois men’s basketball game on Tuesday, February 15th. Dean Paaige Turner and Department of Media, senior Kwesi Rogers were a force to be reckoned with during the timed free throw contest. The duo ultimately fell to Dean Ferguson and Nathan Blei of the College of Architecture and Planning. 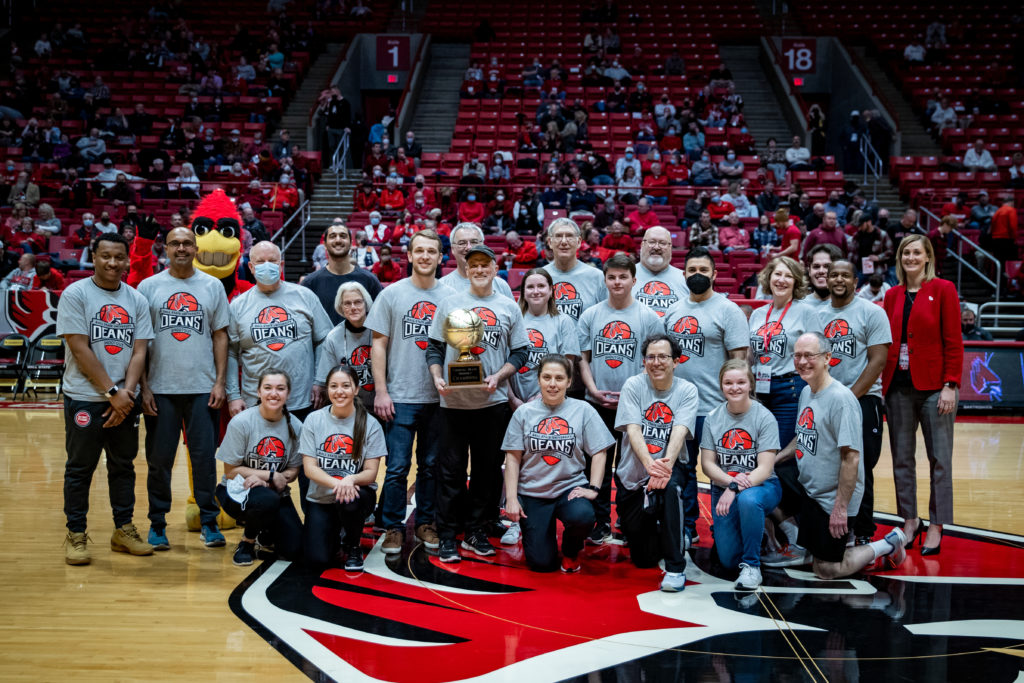 How did you become the official CCIM student representative?

I feel like me being a part of the Deans’ Shootout was meant to happen because I honestly didn’t even know the tryouts were happening on the lower level of the SuperParty. I am the President of the National Association of Black Journalists, and I was behind our table for the majority of SuperParty. My members were hungry so I went to grab pizza for them, and that’s when I saw a basketball hoop on the lower level. I walked over there to shoot a basket before grabbing the pizza, and that’s when they told me it was a competition going on. I saw the record to beat, and I knew I can easily beat the record so I went for it. After I won, that’s when I was told I will be shooting with the Dean at the Dean’s Shootout. It was a pretty cool moment because I was shocked but also excited. Grabbing pizza for my members turned into something far much greater. Sometimes being nice pays off in random ways.

How did you prepare for the competition?

I felt pretty good leading up to the Shootout. Dean Turner is such a fascinating person which made the experience even better. During practice, I was making the majority of my shots. From the looks of it, it was obvious we were going to win. As long as I hit the shots as I did in practice, we had nothing to worry about. I don’t know what happened when I got out there for the real thing though. The jump shot I had in practice was not showing up when it really mattered. I couldn’t do anything but laugh at myself. Overall it was a moment to remember. 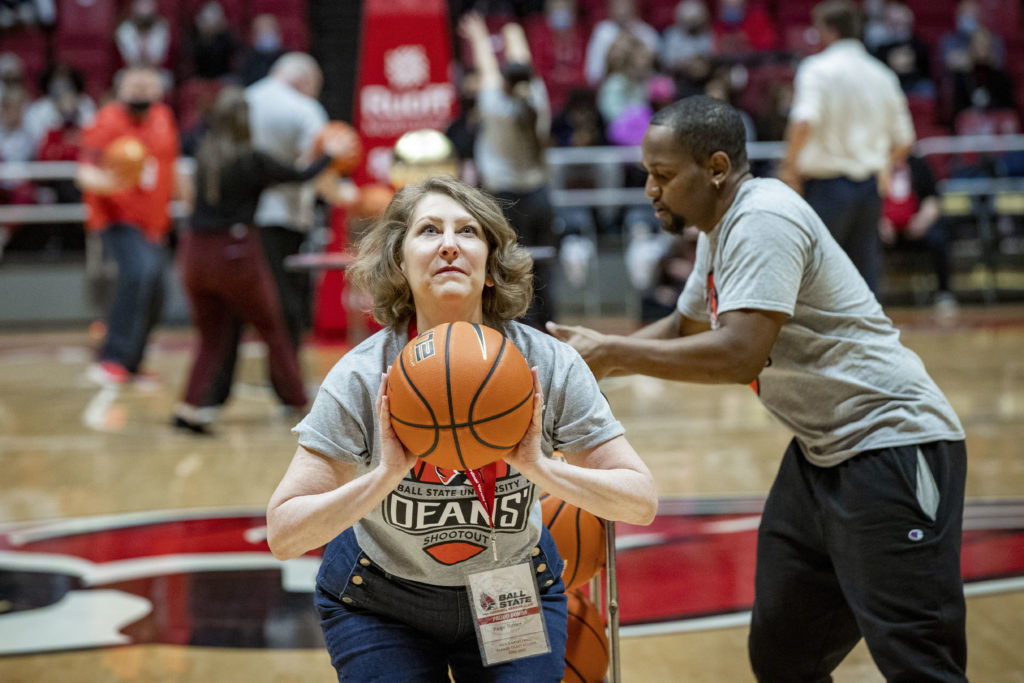 There was a good, joyful vibe throughout the competition.

Do you have any advice for next year’s competitors?

My advice for the next student is to not shoot too long in practice. They told me I should take a break because my arms will get tired, and I didn’t listen. Listen to me please when I say take a break when needed. Most importantly, make connections while you are there. 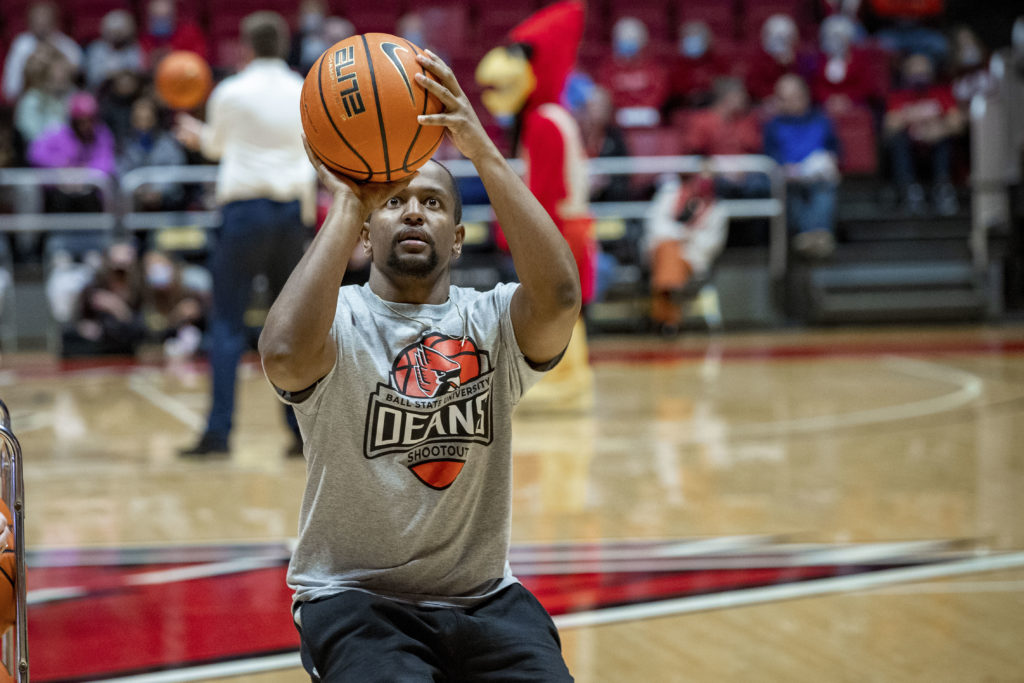 Would you do this again?

I would 100% do it again. Dean Turner was such an amazing person to work with it. She has a phenomenal spirit and is just a genuine person overall.