Meet Dr. Joe Misiewicz, retired in 2012, Dr. Joe played an integral part in the creation and development of the Department of Media at CCIM. In this blog, Dr. Joe shares about his teaching philosophy, his memories of Ball State, as well as sharing some words of wisdom and advice to recent graduates. 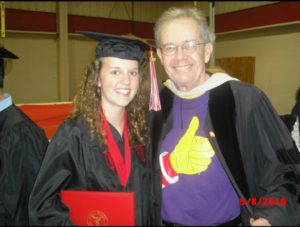 The bulk of my teaching philosophy was getting to know the students. So, the first week they had to do their own biographies. They had to tell me about their family background, where they had lived prior to Ball State, and what they hope to do after graduation. I also always required the Myers Briggs test. This allowed me to identify the introverts in class, who probably weren’t going to do a lot of talking and try to balance that out throughout class.

I just think it is so important as faculty if we’re going to spend 15 weeks with them, we need to know who these people are, what awards they’ve won, what their interests are, do they have any skillsets that we can apply in class? I have a sense after all these years and after many, many notes from alumni that it paid off. It really ended up being enjoyable. I still receive hundreds of texts from alumni and it’s cool to see them grow and develop. 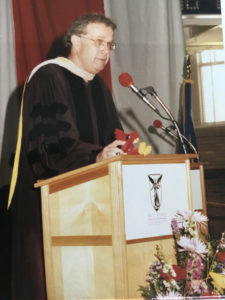 How does it feel to return to Ball State?

It’s humbling, to come into the Letterman Building and see former students working as faculty and staff. Tim Pollard, current Associate Dean and previous department chair from January 2011 – July 2017 was a former student and graduate assistant of mine from Central Michigan. It’s pretty cool.

Can you reflect a bit on your career? 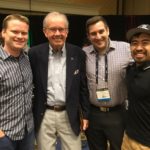 I got my first teaching contract in 1970. I was working at 6 different universities. People didn’t think I could keep a job. To go from Kentucky, to Central Missouri, to Eastern Michigan, to Central Michigan, to Bradley, to Ball State. Even at Ball State, I left for two years to start the Idea Mart. The Idea Mart is now the Innovation Connector in Muncie. It starts all new businesses.

I then became the General Manager of Indiana Public Broadcasting and the radio station, WBST, for three years. We merged that into Telecommunications. I did all three. That was a fun time, total innovation.

What were your favorite classes?

That’s a tough one. There are actually three classes.

Why does Razzo always come up? I am a certified clown. My faculty at Bradley University gifted me 2 weeks of tuition to clown camp with a card that read, “You’re a clown, go to camp.” There I went. We all had our individual rooms and if you came out of your room for anything, you had to be dressed as a clown. Every morning at breakfast, forty clowns. At lunch, forty clowns. Even if you went downtown to buy a 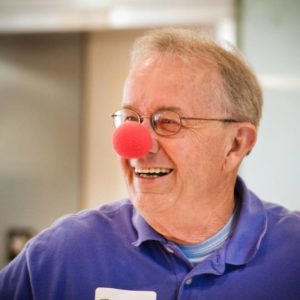 Pepsi or a hamburger, you had to be fully dressed as a clown. Two full weeks of this.

Most of the time, when I first became involved in Muncie, I would go over to Ball Memorial Hospital to the hospice unit, where the children were. Razzo would get to know them and spend time there. I had to go through special training to do that because many people don’t like clowns. Razzo is a part of many of the students’ lives as they went t

hrough school. I would always start class with a picture of Razzo.

What advice do you have for soon-to-be graduates?

I think the advice that I would give is on a 3×5 card, write down the word “churn”. Look it up, and realize that the media business is going through churn, it is changing every day. Radio

stations and TV stations are finding new ways to do things. I think it’s important for graduates to take time to subscribe to as many media newsletters as they can, even pay for some. To see what companies are doing to deal with the changes in the industry. Learn about what skills you may need, and how many you might need on your tool belt to maintain a job. The idea of specialization is this there, but it is diminishing more and more. It’s cool, but I hope they pay attention to all of that…and go to the career fairs to talk to people to see what they’re really looking for. It’s a changing business, it’s fun. 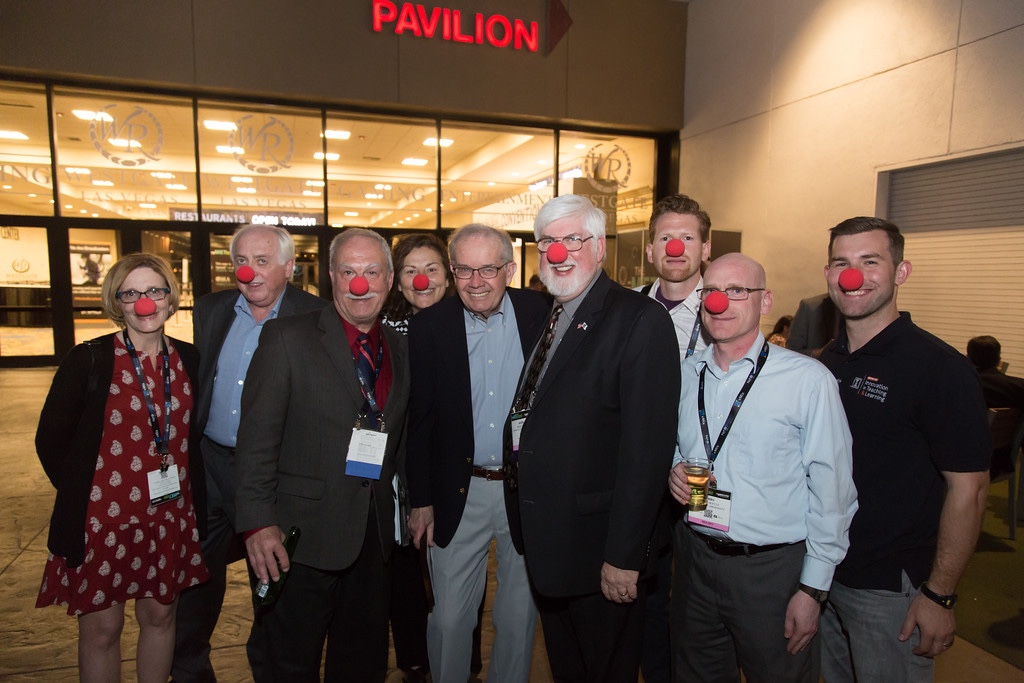