Eric Talley, a CICS student who always shined with a smile, who always went the extra mile, and had the heart to care for others. These virtues kept him busy; oftentimes juggling work with family life. That did not stop him, however, from gaining a Master’s Degree in CICS.

Talley worked hard, and had the persistence and drive to complete the most rigorous 11-month graduate program on campus. That level of dedication and commitment formed a successful career in IT for Eric. However, he eventually walked away from his lucrative career in technology to serve as a police officer at the age of 40; not something many people at that level would do. It still proved to be unsurprising to most as he lived a non-traditional life-style built upon faith and modesty.

That faith and dedication is what led to his sudden death in March of 2021. A gunman, in Boulder, CO, shot Talley as he jumped in front of a bullet to save others. At that moment, he left behind his parents, wife, seven children, and his local community. 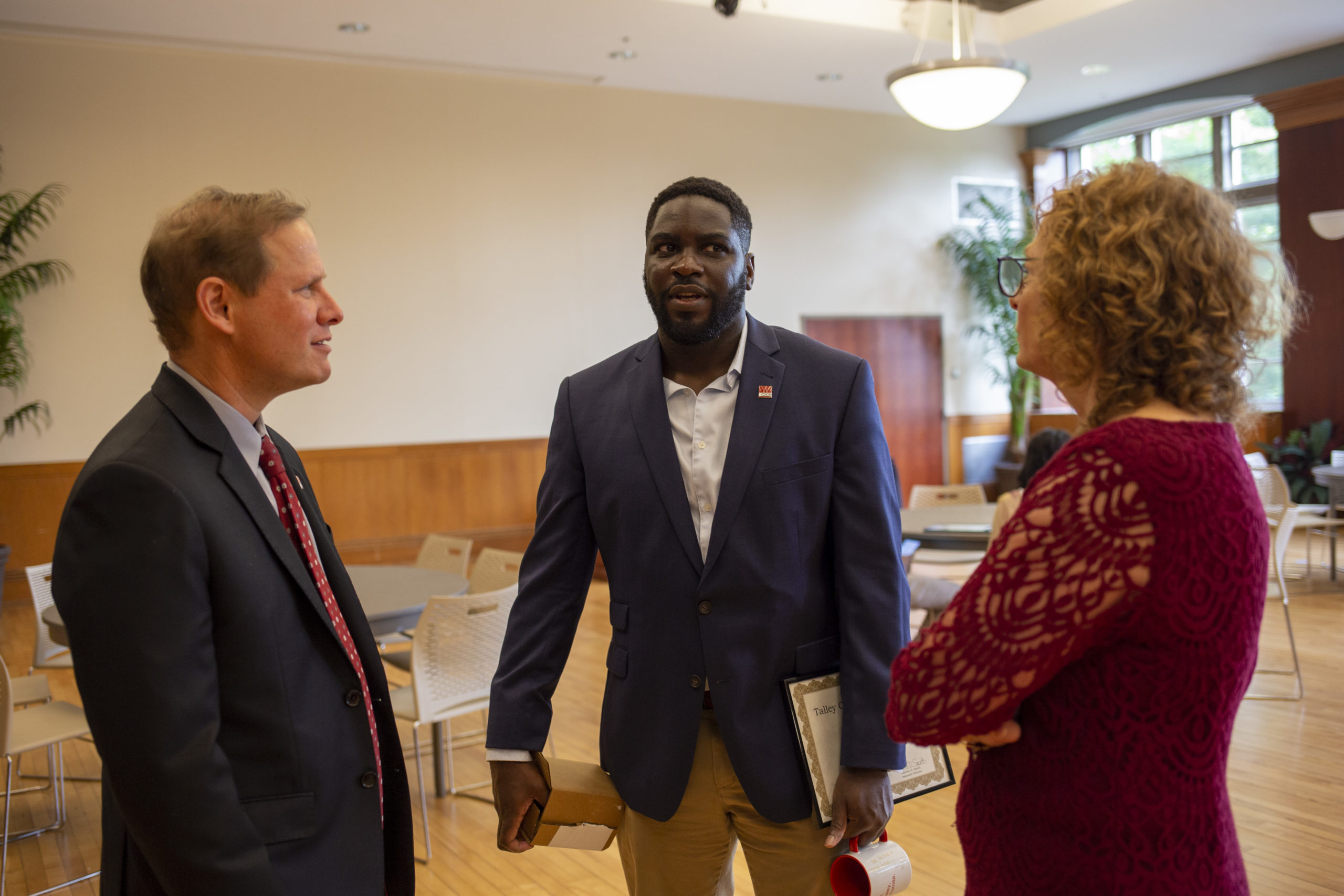 Colorado Gov. Jared Polis recalled Talley’s sacrifices, large and small. He shared at his public funeral,  “Officer Talley gave his life just as he lived it: in the service of others. Although it will be painful, it’s also a joy to remember Officer Talley for who he was. It’s a sign of a life well lived when you’re beloved like Officer Talley.”

President Joe Biden also offered his condolences to the victim’s families, singling out Talley’s heroism,  “I commend the exceptional bravery of Officer Eric Talley,” he said. “I send my deepest condolences to his family. His close, close family of seven children. You know, when he pinned on that badge yesterday morning he didn’t know what the day would bring. I want everybody to think about this.” The President added, “But when the moment to act came, Officer Talley did not hesitate in his duty, making the ultimate sacrifice in his effort to save lives. That’s the definition of an American hero.”

Soon after, Ball State University inducted Eric Talley into the CICS Alumni Hall of Fame which sparked the Eric Talley Award for Community Service. This year, Eloka Agwuegbo, became the first recipient of the award.

Eloka just graduated from the CICS program over the summer. He left his home country of Nigeria to receive his degree and continue his work in service. During the pandemic, he participated in our local Meals on Wheels program, offering food to those in need, having the biggest smile on his face. He also helped bring technical vocational training to those in Muncie who are unable to travel outside of the area. These examples are some of the many ways Eloka has demonstrated an incredible work ethic while being in service to others.

We are so thankful for Eloka Agwuegbo’s service in the community. It was an honor to have him receive the inaugural Eric Talley Award for Community Service, especially at such a difficult time for those who knew Eric Talley. You make us proud, Eloka; we cannot wait to see what else you accomplish. 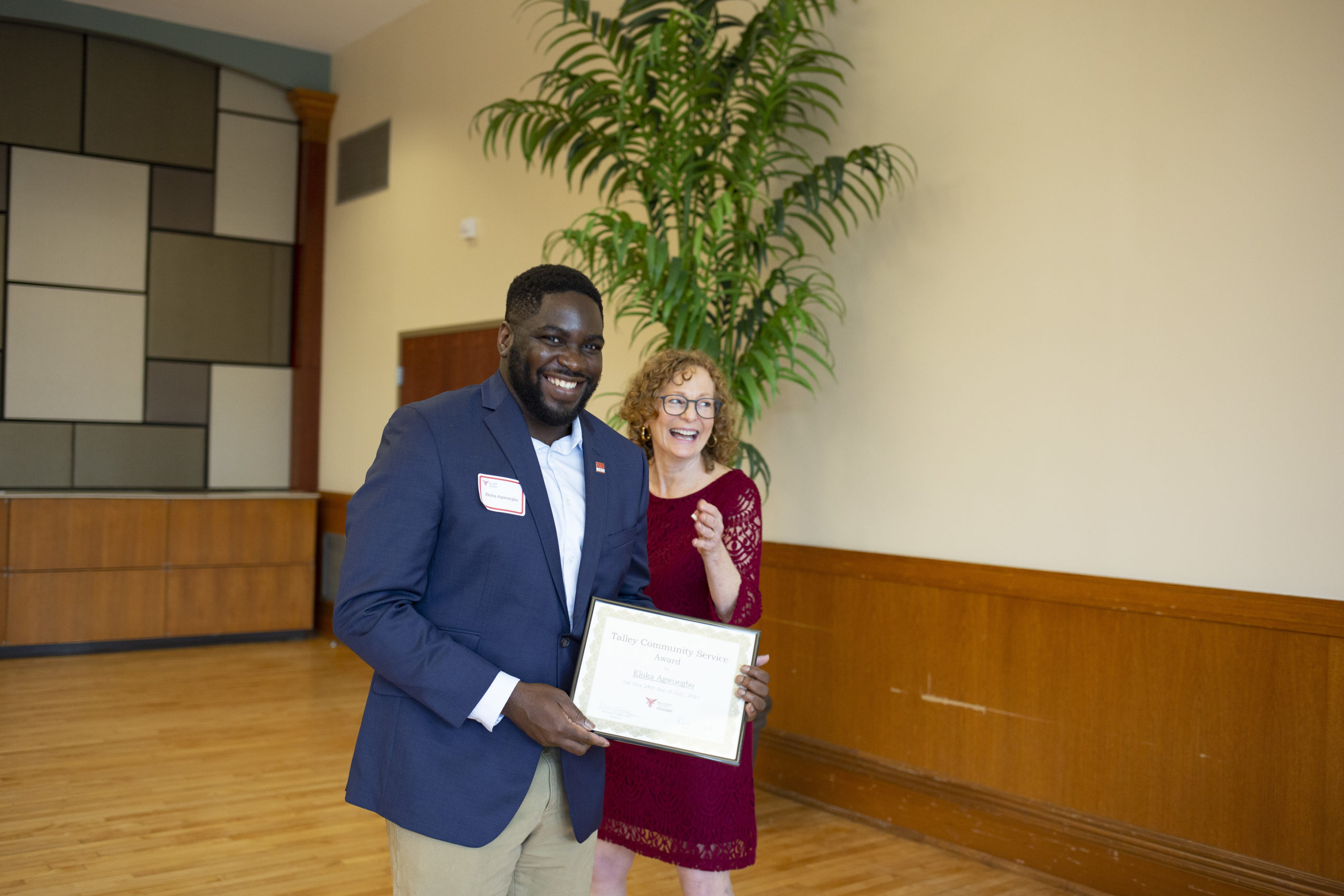