February is Black History Month — an annual celebration of achievements by African Americans and a time for recognizing their central role in U.S. history. In addition to paying tribute to key African American figures, Ball State University also chose to celebrate Black excellence by spotlighting students who are movers and shakers in their respective fields. Marissa Lockhart, a graduate student in our EMDD program and an alumna of the Ball State Speech team, worked behind-the-scenes to bring this campaign to life. We sat down with her to understand the inner workings of this important work.

Can you introduce yourself? 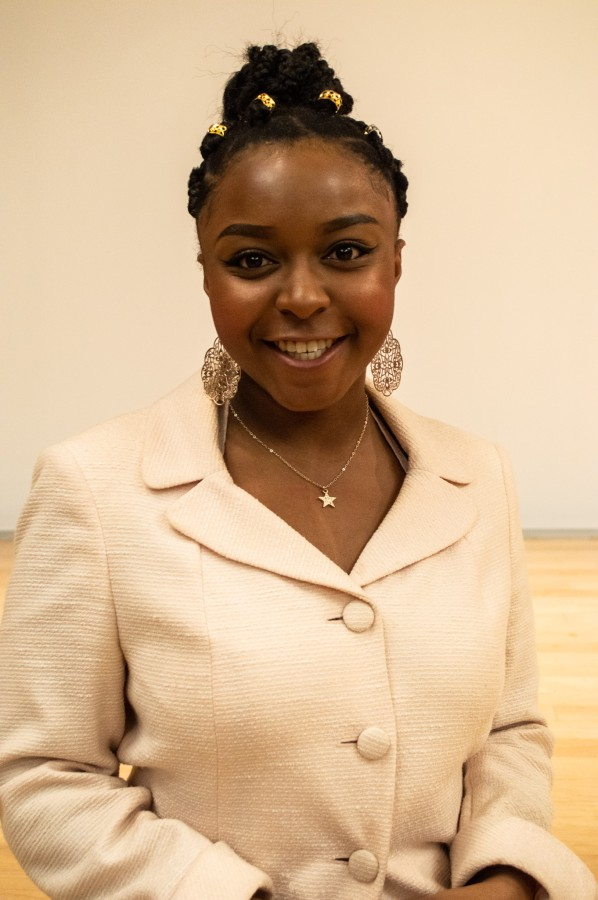 I’m Marissa Lockhart, a Milwaukee native with a BS in Creative Writing and Spanish from Ball State University. I have returned to my alma mater to pursue my Master’s degree in Emerging Media Design and Development. When I am not working hard to maintain my five year Dean’s List streak, I enjoy playing the ukulele, watching cartoons, performing speeches and poetry, and making homemade jam. I pride myself on bringing positive energy wherever I am.

Who had the idea of creating this Black History Month Student Spotlight series?

This campaign was my idea. I noticed that Ball State hadn’t done much for Black History Month on social media in the past and I knew that was something I had to change. Black History Month isn’t always about the past and the trauma associated with the fight for social justice and equality, but also the celebration of Black excellence today. Ball State has a community of Black students who are doing phenomenal things and I wanted to showcase them. It has always been my passion to uplift marginalized voices and I hope this campaign does just that.

What is the goal of this campaign?

The goal of the campaign is to highlight the Black Excellence on Ball State’s campus. It is meant to remind people that Black History is more than the iconic figures of the past, but the stories and lives of the Black people today. This campaign celebrates Black History Month and raises awareness that the Black students on campus are doing amazing things that deserve to be showcased. It is also a way to show prospective Black students that Ball State sees them and wants to create a space where they are valued.

How did the Marketing team react when you pitched the idea to them?

When I told my Manager [Bobby Whittingham] about highlighting black achievers and giving it the hashtag #Black(X)Fly, he was all in. He loved the idea and gave me the responsibility to move it forward. I am proud of the trust the Ball State Marketing Department has given me.

How did you get in touch with students to showcase in this campaign?

After reaching out to professors and department leads for recommendations for Black students that show excellence in their field, I received many submissions from Black students across many disciplines. Accounting majors, exercise science students, and CCIM achievers all wanted to be included in this campaign and expressed gratitude that someone was putting in the effort to celebrate Black History Month in this way.

How is the Ball State community responding to this campaign?

Though I haven’t heard a lot about the campaign from others, reviewing the engagements on the first post we did, shows that people are interested in this campaign. So far, the first post received 145 likes across platforms. It is still early days and we expect engagement to increase, but I believe just getting the message out there is important enough. I think the Ball State Community is happy that we are addressing Black History Month in a way that isn’t corporate or a throw-away post, but a campaign that continues to remind people of the excellence that comes from Black culture and how it is demonstrated on Ball State’s campus.

Here are the Black History Month posts featuring CCIM Students that have been published so far. This blog post will be updated regularly with the latest stories published throughout the month.