Meet ’14 TCOM alumna Rachel Hardy. To say that Rachel lives to tell stories using video is not an understatement. In her day job, she is the Broadcast Video Producer for one of the largest school districts in the state of Georgia, where she leads production for all their original programming. On the side, she works for Buzzfeed as a Video Editor. And in her free time, she produced, directed and edited Black Unscripted — a documentary short film that offers an eye-opening exploration of blackness and racial identity. We sat down with Rachel to discuss her film and the success it encountered.

But first, watch Rachel play This or That? with us in the video below.

What is Black Unscripted?

Black Unscripted is a short documentary which is an exploration of race, identity, Blackness and what is means to be Black. Beyond this overarching theme, we also touch on a number of subtopics such as colorism, Vitiligo awareness, Albinism awareness, immigrant stories, biracial and multicultural families.

How did the project start? Can you also walk us through your timeline from start to finish? 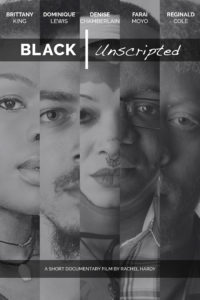 I started working on Black Unscripted in 2017. I was still living in Indiana and it was a creative project that I undertook just for fun. At the time, my job did not really enable me to be very creative. So, it is something that I started on the side to test and push my own abilities.

Next, I found five people with very unique stories and pitched the idea to them. We started shooting the interviews in December 2017. Right after that, I got a new job and relocated to Atlanta in January 2018. That threw off my production schedule as I had to juggle working full time in Georgia and traveling back to Indiana where all my subjects were based. I finished the documentary in September 2019, so overall it took about 2 years to complete this project.

Can you tell us about your cast?

Five subjects [below] are featured in my documentary. When I started the project, I only knew one of them — Farai Moyo. His sister is one of my best friends and a fellow Cardinal. I found the other four subjects, either through word-of-mouth or by doing research on the Internet. It was important to me that they each had a unique and very personal story to share.

How hard was it to convince them to agree to be part of your documentary?

Fortunately for me, the convincing part was not hard at all. They all immediately agreed to be featured in my project.

You wore several hats on this project – producer, director, cinematographer, editor — what was the most challenging part for you? 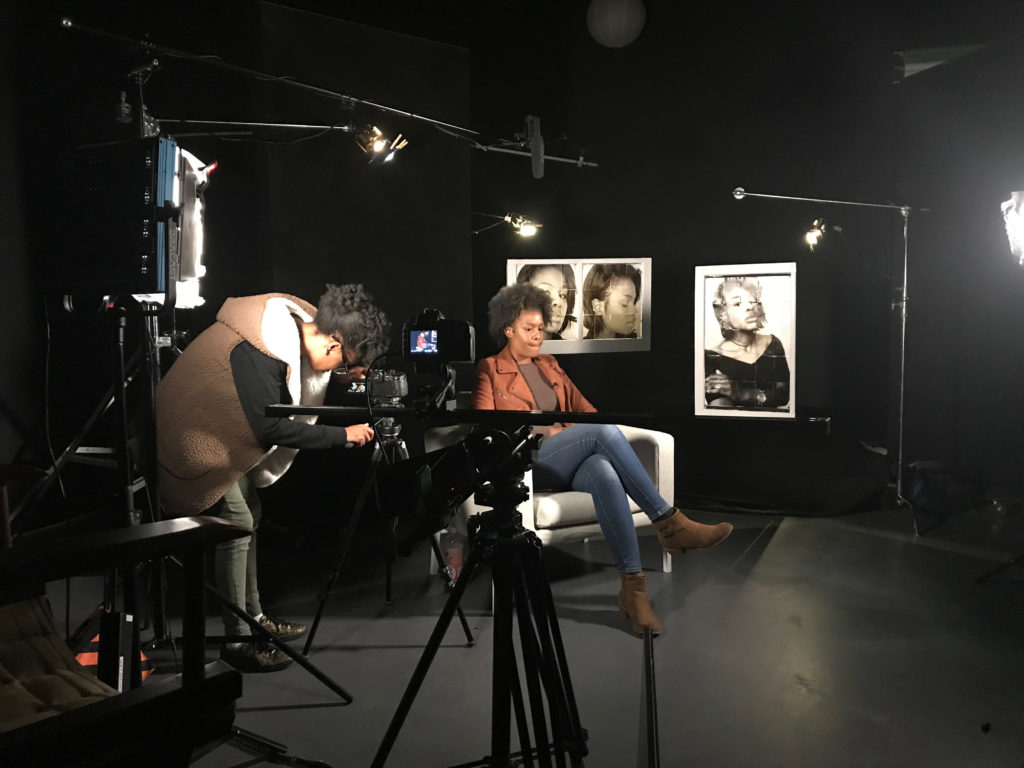 The editing process. I cannot even tell you how many times I started over with editing the documentary. I would start something, then I would not like the direction it is taking, and end up deleting the whole project and starting over. Originally, I had this idea that it would be a mini documentary series with each subject having their own episode. But then, I got the idea that I wanted to enter it into festivals. But the problem is that most film festivals won’t take more than two episodes and I could not bring myself to “drop” three of my episodes. I liked them all! That is when I started to rework my documentary and put it all in one video. The hardest part for me was to try and put all five stories together under one cohesive narrative. I had no idea how to do that. That phase of the project was painful and stressful.

What resources did you use to guide you through this challenging editing work?

My friends were my sounding board. I would constantly bounce ideas off of them. I would also often text them with new ideas and ask for feedback. I have a friend, DJ, who is also a TCOM grad and works in Production down here in Atlanta. There were a few instances where I packed up my laptop and all my hard drives and I went to work with him after hours. He had access to editing bays, so I would have him look over my project and help me when I had issues.

Your project took about 2 years to complete. How did you keep up the momentum?

What kept me going really were the people in my documentary. At that point, I felt like I had gotten so far in the process that I didn’t want to feel like I had wasted their time by not producing the final thing. A lot of them actually came to me after the filming and said that being able to tell their story on camera had been therapeutic for them. They also shared how excited they were about the project. Keeping that front of mind gave me the motivation to keep going.

I am so grateful for the five people featured in my documentary. They were probably the best people I could have asked for. They were also very supportive and refrained from constantly messaging me when they did not see any video cuts from me for months on end. Dominique in particular told me on multiple occasions to take my time and not rush. That took a lot of stress off of me.

What was your key highlight in the production of this documentary?

It is very hard to pick just one highlight! But there is this moment in the documentary where you see Denise swimming in a pool. It was the first time she had gone swimming in about 20 years. She has vitiligo and shared that she had stopped going swimming to avoid being stared at. On our filming day, her excitement was palpable and that made me think about the many things we take for granted in life. To be able to share that moment with her and capture it was powerful. It was a very memorable moment for me.

Your short film has been accepted in six film festivals so far. Could you tell us about the opportunities it created for you? 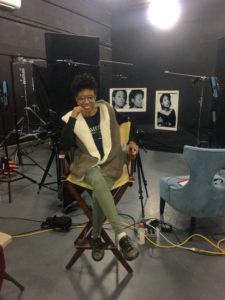 TCOM grad Rachel Hardy wore several hats in the creation of her documentary — Black Unscripted. She acted as a Producer, Director, Cinematographer and Editor.

My first step was to submit my work to film festivals. I had never done this before. But fortunately, I have people in my network who knew festival circuits well so I turned to them for ideas and feedback. They were all unanimous that festivals were the place to start. The first time I got accepted into a festival, I was in disbelief because I had no expectation of it. I entered a bunch of festivals and ended up being accepted in all of them but one. To date, the film got screened at six festivals around the country including the Indianapolis Black Documentary Film Festival where we won Best Documentary.

Because of the pandemic, we could not have the regular in-person experience of screening at theaters. I am grateful that Heartland organized screenings at the Tibbs Drive-in Theatre in Indianapolis. The whole cast, my family and friends all made it to the drive-in screening. That was a special moment for me.

The PBS affiliate station in Indianapolis saw the film at Heartland. They reached out to see how Black Unscripted could become part of their programming. It has been broadcasting on their station this month. There will be another showing next month (on March 18 at 7:30 p.m. ET) and it is also on their website/on-demand platform. The snowball effect did not stop there; a couple of organizations and universities that watched the film on WFYI-PBS contacted me to discuss licensing rights.

It has also been picked up by Bronx Net TV — a public broadcasting station in the Bronx in New York. Right now, the film is played as a part of a special series of Black History Month programming at by the Milwaukee Film Festival. So, being at film festivals opened a lot of doors for me.

If you could redo the whole thing over again, what would you do differently?

Besides DJ that I mentioned earlier, I had a friend who helped run cameras and set up everything for interviews. I also had one of my friends who helped me create the pictures that are in the actual interviews. Believe it or not, they were screen doors that my friend got at the habitat restore and we turned them into these huge picture frames to hang. Another friend also helped with interviewing my subjects.

Looking back, having them step in here and there was hugely helpful but in the long haul it was pretty much just me. If I could do it all over again, I would probably enlist more people to help instead of trying to do everything.