This past spring semester proved challenging to anyone studying in college, but it was exceptionally disruptive to production students in Ball State’s TCOM program. A team simply can’t safely shoot video indoors during a pandemic. Yet, like all crises, COVID-19 provided an opportunity for students to exercise creative thinking and adaptability under stress. As I remind my students at the beginning of every semester, we have no idea what the challenges will be. What we do know is that unforeseen problems will inevitably arise and will require fast thinking and cooperative flexibility.

Such was the case for our students in the spring 2020 Cardinal Cinema program. I wasn’t anticipating a global pandemic as the challenge, but nevertheless, there it was. Fifty students in three teams managed to finish their work and produced three exceptional films, two of which have already received special recognition. The film Staged was accepted to the Indie Short Fest (part of the L.A. International Film Festival), while Constellation Quest was accepted into the PopCon International Film Festival. Cardinal Cinema is a year-long immersive learning experience where TCOM students write, produce, edit, and deliver original short films and documentaries for broadcast on WIPB-TV. The program began in the spring of 2017 as a partnership between WIPB-TV and the Department of Telecommunications at Ball State. Unlike many other immersions, where the story and content parameters are predetermined for the students, Cardinal Cinema is a blank slate – the students tell their own stories. We only require hard work, creativity, and a collaborative spirit.

Last year we implemented a pitch process where applicants presented their ideas to a committee in the fall semester of 2019. Composed of faculty, staff, and students, the committee then voted for the best three projects, which were then greenlit for production in spring 2020. Each team received a budget of $3,000 for travel, sets/props, music, talent, and promotion. The project is generously funded by WIPB-TV, Ball State’s Office of Information Technology, and the College of Communication, Information, and Media.

“Cardinal Cinema is a blank slate – the students tell their own stories. We only require hard work, creativity, and a collaborative spirit.”

The three films produced during this past iteration of Cardinal Cinema were Elijah Gannaway’s Staged, Nicholas Rohrman’s and Eamon Hegarty’s Constellation Quest, and Sammy Essex’s Daisies and Waffles. 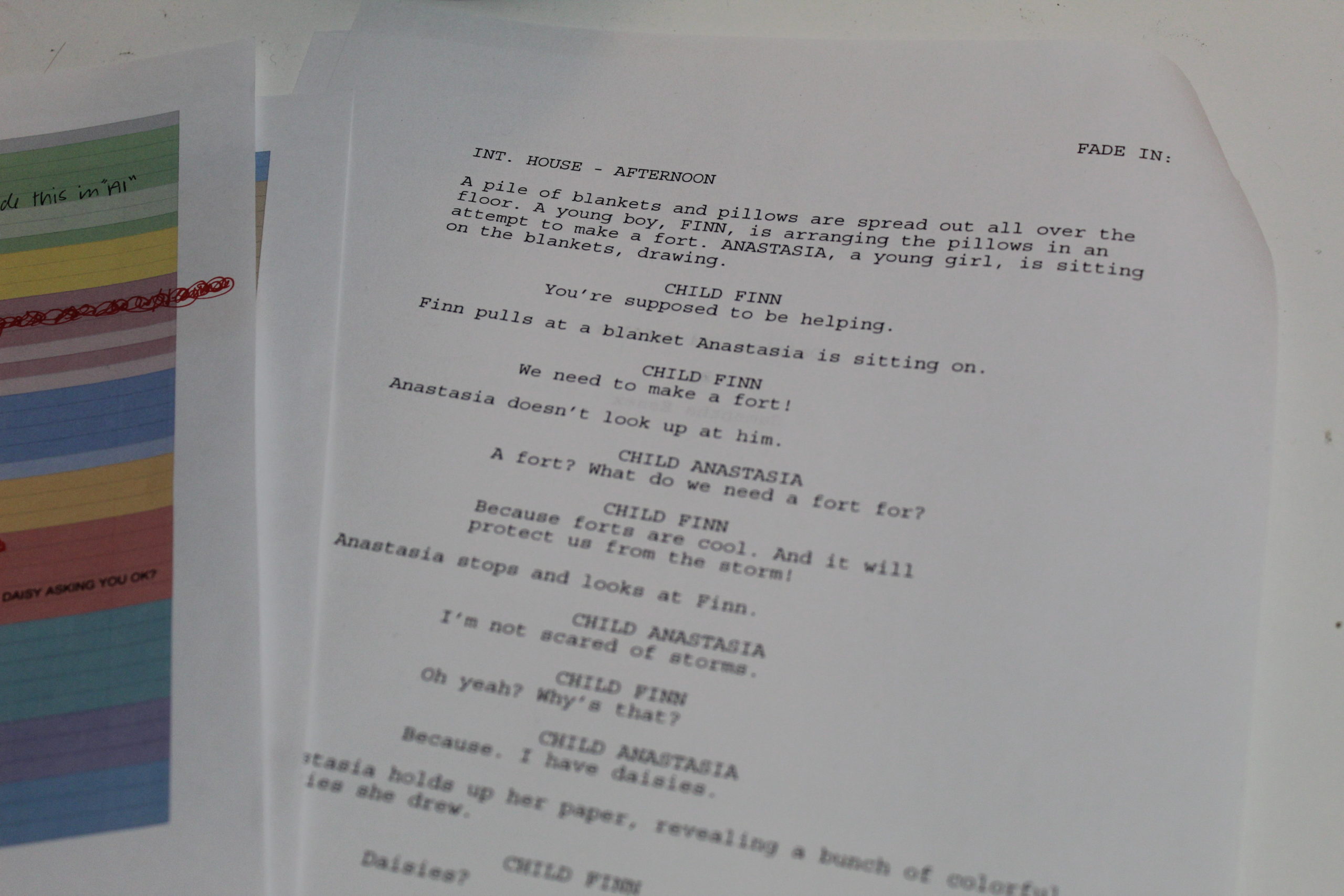 Close up on the script of “Daisies and Waffles” written and directed by ’20 TCOM grad Sammy Essex. Photo: Alimatu-Sadia Iscandari.

When the university first began shutting down, all three teams were nearing the completion of production, but not finished. When it became clear that Ball State was going to close the campus entirely, the students had to pivot quickly to complete their work – altering scripts and schedules in the process. As we finished the semester online, the editors worked from home to cut the films.

The end result not only met the original objectives of the filmmakers, but served as tokens of resilience in a time of tremendous disruption. To me, as their instructor, the finished work speaks to the students’ flexibility and professionalism, while forever demonstrating that even in the darkest hours, art provides a capacity to escape the terror of a national calamity. I’m proud of our students and, given what I saw this past semester, I have no doubt in their abilities to do anything they set their minds to.

“Even in the darkest hours, art provides a capacity to escape the terror of a national calamity.”

The students this semester are successors to previous teams of filmmakers that produced amazing work in the Cardinal Cinema program. Past Cardinal Cinema films have also received special recognition. A full list of accolades is below. 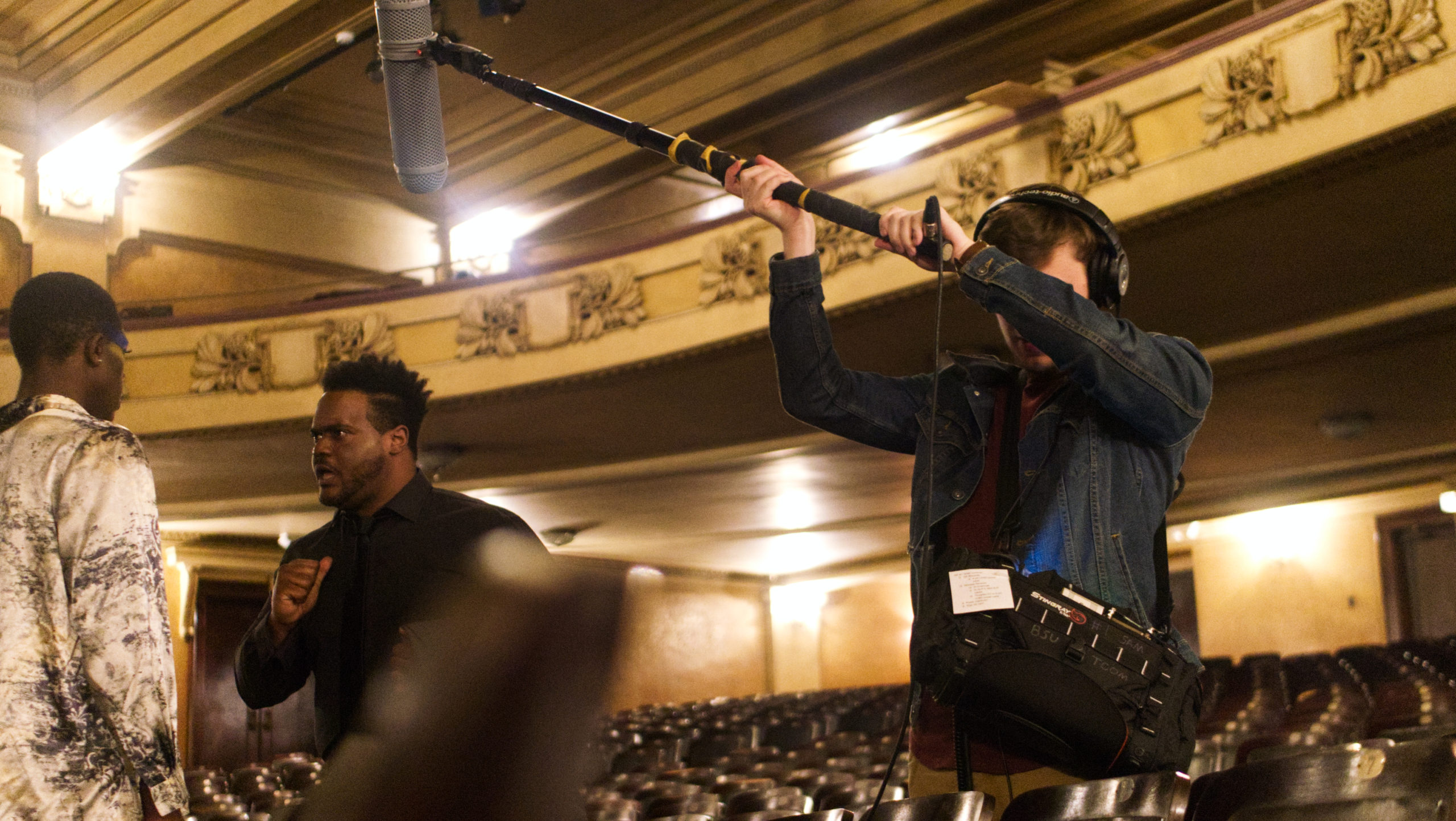 A sound mixer checks his audio levels on the set of “Staged”, a short film directed by Elijah Gannaway and partially shot at Cornerstone Center for the Arts. Photo: Musifiky Mogwe-Mulwale.

Staged, Daisies and Waffles, and Constellation Quest will broadcast sometime this fall on WIPB-TV and, until then, we won’t distribute them online. However, you can screen the previous Cardinal Cinema films on TCOM’s Vimeo page and showcased below.

The Story of Jim Davis 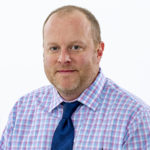 Chris Flook is an Associate Lecturer of Telecommunications at Ball State University. He specializes in documentary filmmaking, public history, and animation. Flook has published three books; Native Americans of East-Central Indiana, Beech Grove Cemetery Comes to Life, and Lost Towns of Delaware County, Indiana. He writes a bi-monthly column, By Gone Muncie, for the Star Press. At Ball State, he has produced several documentaries with his students, including: A Legacy Etched in Glass, The Lenape on the Wapahani River, From Normal to Extraordinary, Everlasting Light, and Saboteur. The six-time Emmy winner teaches motion graphics, web design, and video production.