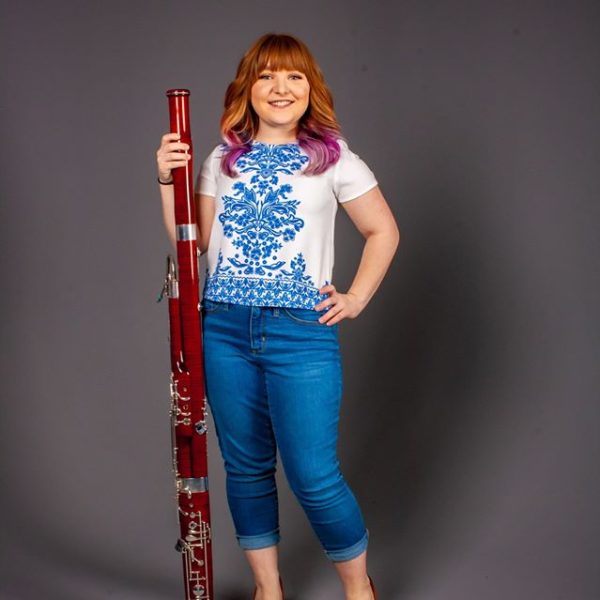 Erin Gehlbach is a senior bassoon performance major from Auburn, California. A big shout out and congratulations to all of our upcoming graduates!

“I’ve been playing bassoon for almost 8 years, but I’ve been playing in bands for 12. When I was first beginning I played flute and had no idea that bassoons even existed! It wasn’t until I went to my first summer music camp that I learned about the instrument. Each of the counselors play in a solo concert, and once I heard the bassoon counselor play, I fell in love with the instrument and I knew I had to play it! And now I teach at the same camp and get to play these solo concerts for other young kids.”

“Because I come from California, it was particularly difficult to make the decision to study at a school that was so far away. I really became sure of my choice after taking my first lesson with Dr. Sweger. All of the professors I had taken lessons with before were nice, and had good things to say, but Dr. Sweger was able to bring out a totally new sound from me that I never knew was possible. After that lesson, there was no way I wasn’t going to choose Ball State!”

“One of my favorite experiences at Ball State University was performing Beethoven’s Ninth Symphony at the Hilbert Circle Theatre in Indianapolis. It was one of the most impactful experiences of my playing career so far. To be with my best friends, playing stunning music, in a beautiful hall – there’s nothing like it!”