A reception for the exhibition will take place on December 8, 2022 from 4:30-6:30 PM outside the Archives and Special Collection on Bracken 2 West. Dr. Felsenstein will give brief remarks at 5:00 PM. Refreshments will be served. 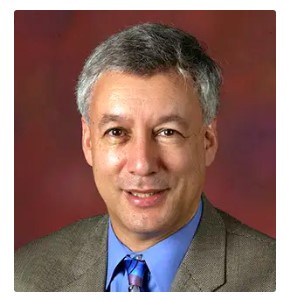 This fall, University Libraries Archives and Special Collections unveiled a new exhibit highlighting the scholarship of Professor Emeritus of English, Dr. Frank Felsenstein. Focusing on Dr. Felsenstein’s scholarship on the manifestation of stereotypes and prejudice in historical literature, along with material from courses that he taught, the exhibit also showcases examples from his rare book collection. The content in the exhibit highlights a small portion of his manuscript and rare book collection, which was donated to University Libraries Archives and Special Collections in 2018 and 2019.

Dr. Felsenstein was born in 1944 in London, England, to a German Jewish family. His mother was studying to become a medical practitioner, but left Germany in 1933 after experiencing Anti-Semitic discrimination. She settled in England with hopes to complete her medical degree, but after learning she would need to start medical school from the beginning, she chose to pursue a career in personnel management. She returned to Germany to visit family in 1936 where she met Frank’s father, Ernst Moritz Felsenstein and the couple married in 1937. 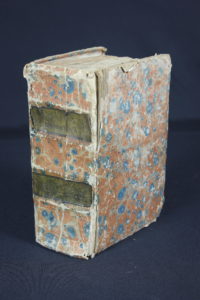 Ernst Mortiz Felsenstein, Dr. Felsenstein’s father, was born to a fur trading family known as Gebrüder Felsenstein. Near the end of World War I, he was drafted to serve in the German army where he was badly injured when a piece of shell shrapnel hit his leg. The army doctor wanted to amputate the leg, but his father refused, and he was later transferred to a hospital for treatment. He remained there for nearly six months and made a full recovery.

After their marriage in 1937, Dr. Felsenstein’s father was visiting the Soviet Union when he received a message from his cousin. The message informed him that the Gestapo had searched his apartment and issued a warrant for his arrest. This prompted the Felsenstein family to return to England, where they settled permamently. After his birth, Dr. Felsenstein was sent to Yorkshire to avoid the frequent blitzes during the war. Upon the conclusion of World War II, he returned to London. 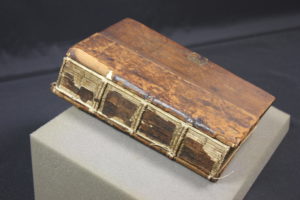 Dr. Felsenstein attended the University of Leeds, where he received his Bachelor and PhD degrees, both in English. For his doctoral dissertation, he researched Tobias Smollett’s travels through Italy and France. After graduating with his PhD, he remained at the University of Leeds as a lecturer. In the mid-1980s, he travelled to America to attend a cousin’s wedding. It was at this wedding that he met his wife, Carole, who was also a guest. He left the University of Leeds in 1998, and took a position leading the honors program at Yeshiva College in New York. While there, he published Anti-Semitic Stereotypes (1995) and English Trader, Indian Maid (1999). In 2002, he was offered a tenured professor position at Ball State University where he taught honors classes in the history of the book, Jewish literature, and Early Modern English literature.

Dr. Felsenstein retired from Ball State University in 2017 after teaching for fifteen years. While at Ball State University, he was the co-director of the What Middletown Read Project, and co-author of the subsequent book What Middletown Read (2015). Dr. Felsenstein’s continuing research is based on the refugee experience of his parents, whom fled Nazi Germany in the late 1930s.

The exhibit is located on the 2nd floor west of Bracken Library. It will run through summer of 2023.