Kirk joined Ball State in 1976, as an immigration specialist and advisor to international students. We recently had a chance to catch up with him. 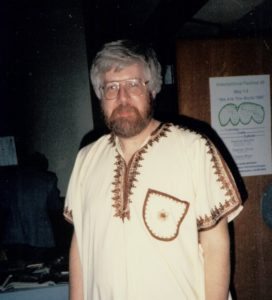 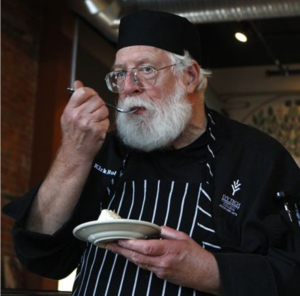 During the 27 years Kirk spent at Ball State, he was instrumental in coordinating several grants and contracts to increase international student enrollment. In addition to being an advisor, Kirk was also actively involved in the Pan-African Youth Leadership Program, hosting African students in his home. After he retired in 2003, he started a second career with a daylily farm called Patchwork Perennials. Always interested in cooking and baking, Kirk eventually became a cooking instructor at Ivy Tech, specializing in yeast breads and international cuisines. He uses his experience taking cooking classes from all over the world to encourage his students to experiment with texture and flavor.

Some fun facts about Kirk that you might remember…

During his time at BSU, his son was born and became the “international baby” because he grew up surrounded by the many international students attending BSU at the time. You may also remember seeing him dress up as Santa Claus at Christmas or enjoying his skills at the barbecue grill during the annual Friendship Family picnic each fall. Many international students, particularly those from the Muskie Program, may fondly remember joining Kirk for a meal when he cooked his dinner in the Yuhas Room at the Rinker Center for Global Affairs!

Throughout the years, Kirk has kept in touch with many international students. He has traveled to at least 18 countries, including China, Japan, and Australia, where he reunited with international students who had attended BSU. He has touched the lives of many people around the world, and we are lucky to have had him with us!