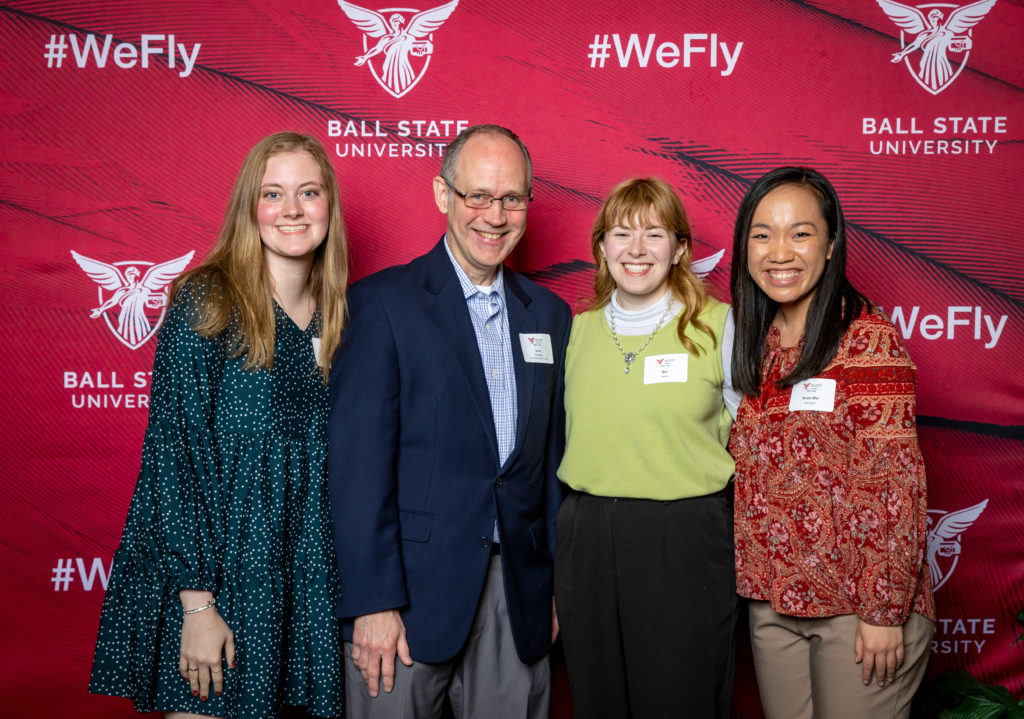 The College of Health had ten students named in the TOP 100 student awards.Rin Steitz, a Speech Language Pathology major was named as one of the top two students on campus. Kara Landis, Clinical lecturer, SLP Supervisor in the Department of Speech Pathology and Audiology said this of having Rin in class, “She is attentive, interactive, initiative, participative, and always eager to learn.” Landis further detailed in her nomination letter, “Rin has a high performance in and passion for speech pathology and linguistics.”

Joining Rin in the top 25 were fellow Speech Pathology majors Kami Thalls and  Anne Mei McClain.  We are so proud of our students who were named in the top 100 out of all students on campus. They are exemplary in their academics and modeling the very best in leadership and service to the Muncie and Ball State Communities. We’re so proud of the well-rounded professionals you’re becoming modeling the ideals of Beneficence. Congratulations on your well deserved award.

The success of our students is thanks to the backing of the alumni and friends of the  College of Health. We are so grateful for your continuing support to create meaningful opportunities for students to learn outside of their classrooms by engaging in research and leading student organizations.