Meet Martin Smith-Rodden, an Assistant Professor in the School of Journalism and Strategic Communication. Before coming to Ball State, Dr. Smith-Rodden was a professional visual journalist for 25 years in three different markets, including The Virginian-Pilot, the highest-honored newspaper in Virginia from 1986 to 2015. As a professor, he is committed to his students and to their success inside and outside of the classroom, but it does not end there. As students graduate and move into the real world, he is right there cheering them on, offering guidance, and serving as a mentor to his new peers.

What was your journey like before coming to Ball State? 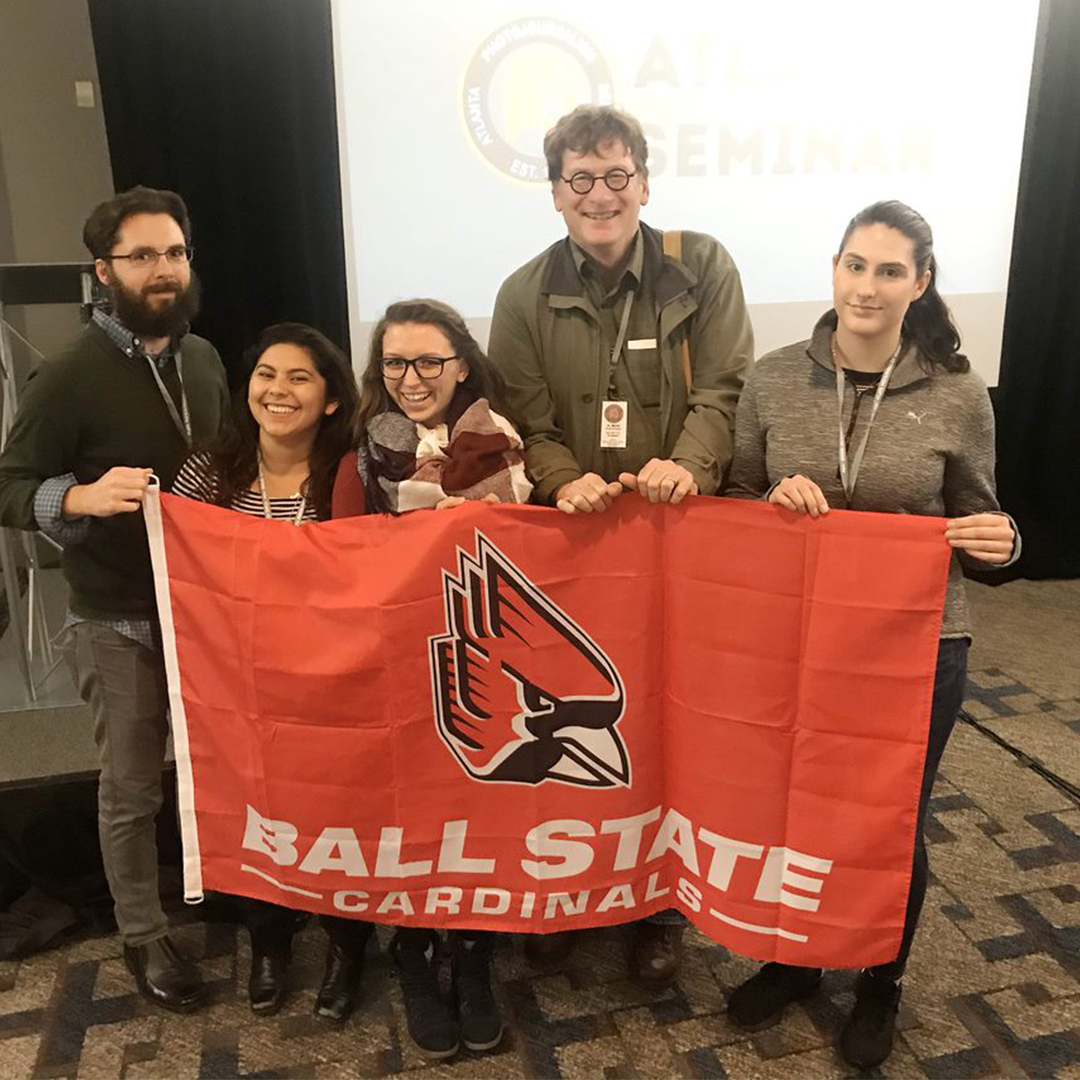 My work has taken me all over the map. I’ve been to earthquake scenes in Mexico City, coverage of active hurricanes (too many to count), military actions in Bosnia, Haiti, and most currently, the Persian Gulf, Kuwait, and Iraq. I was a photo editor and a team leader in the Pilot’s Photography Department between 2005 and 2015. I was honored as the Middle-Atlantic Photographer of the Year for NPPA (1996) and earned the National Press Photographers Association Photo Editor of the Year for 2011.

As a non-traditional student, I finished my bachelor’s degree in 2003 at Virginia Wesleyan, and my master’s (Experimental Psychology) and Ph.D. (Applied Experimental Psychology) in 2013 at Old Dominion University. I’m married with two adult children: Wilson, 30, (a data scientist working in the Washington D.C. area) and Katherine, 27, an actor working in Los Angeles. My partner is Pamela Smith-Rodden, who has had a full career in journalism, non-profits, marketing, and (most recently) public media and is far, far more brilliant than I will ever be.

What do you do for the journalism department?

As the Assistant Professor of Journalism and Strategic Communication, I specialize in photographic storytelling and photojournalism, but I am positioned to teach other subjects as well as my doctorate is in Applied Psychological Research. I sometimes teach classes in media management and leadership, since I was a visual editor and team leader in Virginia, and I’ve also taught media psychology before (in Virginia). At the moment I’m teaching JOUR 101 (Media & Society) – a class that I am thoroughly enjoying!

Tell us more about the NPPA’s Robin F. Garland Educator Award that you received?

I was humbled to be nominated by a faculty colleague and a few recent alumni from the photographic storytelling sequence. The Robin F. Garland Educator Award is a national honor, given by the National Press Photographers Association (NPPA) on March 30, 2022. The award is given for outstanding service as a photojournalism educator. The award is in honor of Bob Garland. He was a picture editor and war correspondent for the Saturday Evening Post until he joined Graflex Inc. as a press technical representative after World War II. Later he became a press photography products specialist for Eastman Kodak Co. He passed away in December 1972.

What is your favorite part about being an educator?

Throughout all of my years in journalism, I’ve always felt a tremendous sense of mission and remained focused and clear-minded about the importance of that work. I have always felt that it was an honor to tell people’s stories. And so, I feel much the same way about my current role, being an educator of journalism and photographic storytelling. It’s as much of an honor to instruct young emerging professionals about this craft as it was to do the work throughout most of my life.

This work matters. And it is invigorating to watch what happens to students when they “find their fire within.” I get to meet students early in their college trajectory, have a small chance to influence them a little, and get to see what happens when they move into the “real world” as a professional. It doesn’t get better than that.

What has inspired your journalism career so far? 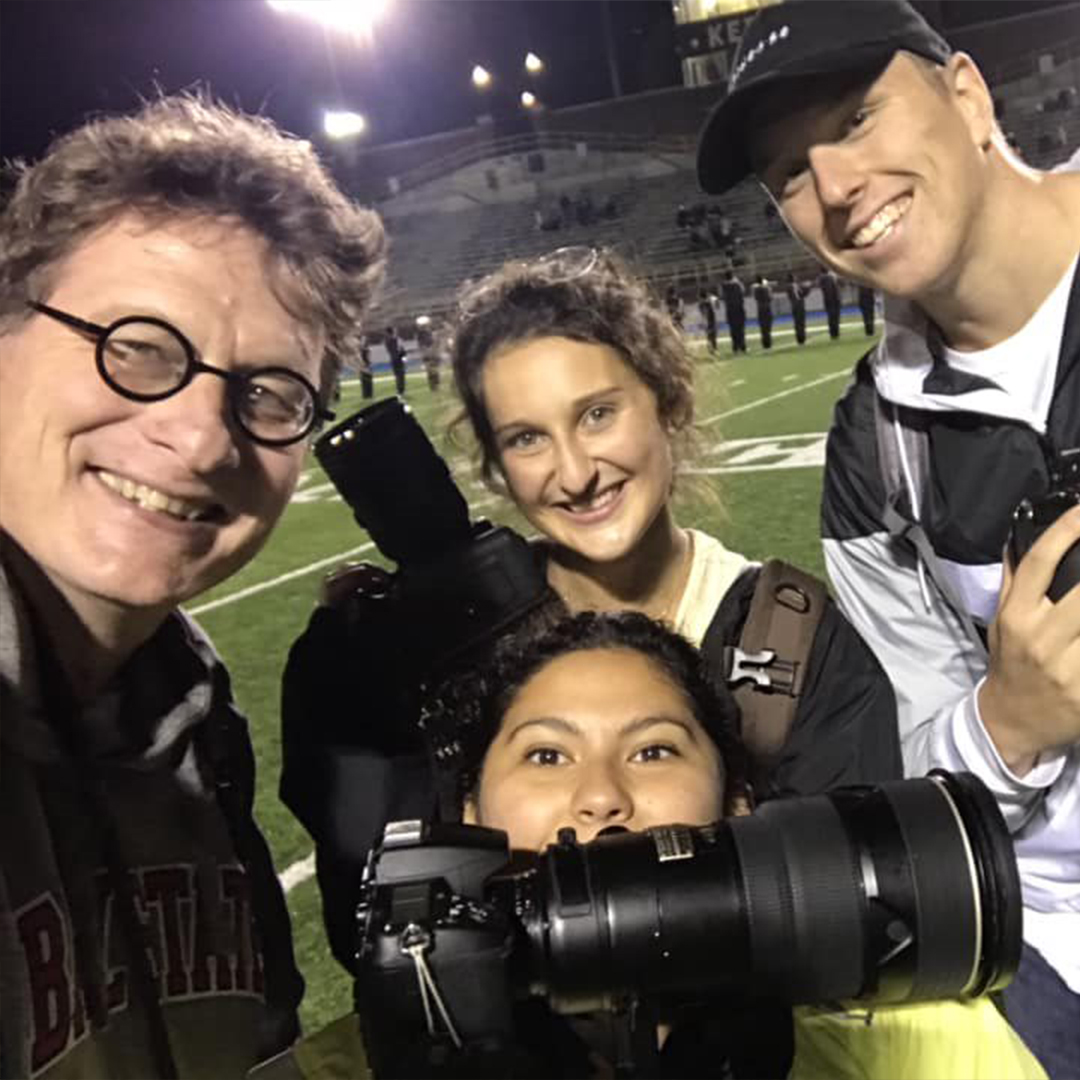 This may seem redundant to what I said earlier… but, in short: I’m just pretty passionate about the students. I benefitted from amazing mentors while in college at the University of Maryland, such as Bill Smith (aka “Smitty”) with The Associated Press, and Richard “Dick” Darcy with The Washington Post. Their influences were my turning point and started me on my way. I deeply want to do that for others now. Pay it forward: it’s what we do.

What piece of advice would you give to current and incoming Ball State Students?

Up to this point of your entry into college, you learned because, essentially, society insisted that you earn a high school diploma. In most cases, students are extrinsically-motivated.

Now that you are at a university, the game has changed. A university is a place to, as the name suggests: study the universe. It’s where the journey of being a lifelong learner starts. It’s a sense of curiosity that will propel you through an examined life.

Interested in journalism? Check out the School of Journalism and Strategic Communication.