Meet Izek Hernandez Bermudez ’25, an incoming sophomore majoring in Media. In this blog, Izek shares his passion for media production, how he’s grown over the years and the absolute love he has for Ball State University.

I had no idea what college would be best for me. On top of that, I also didn’t know if college was really for me at all because I didn’t enjoy high school, and going to class while in the pandemic made me lose motivation, and I mean A LOT of motivation. This loss of motivation for school didn’t stop my love for media production though. I loved shooting scenes and editing and I wanted to get better at it. So after one google search and a click, I chose Ball State to help me get better at media production.

What made you decide on your major at Ball State? 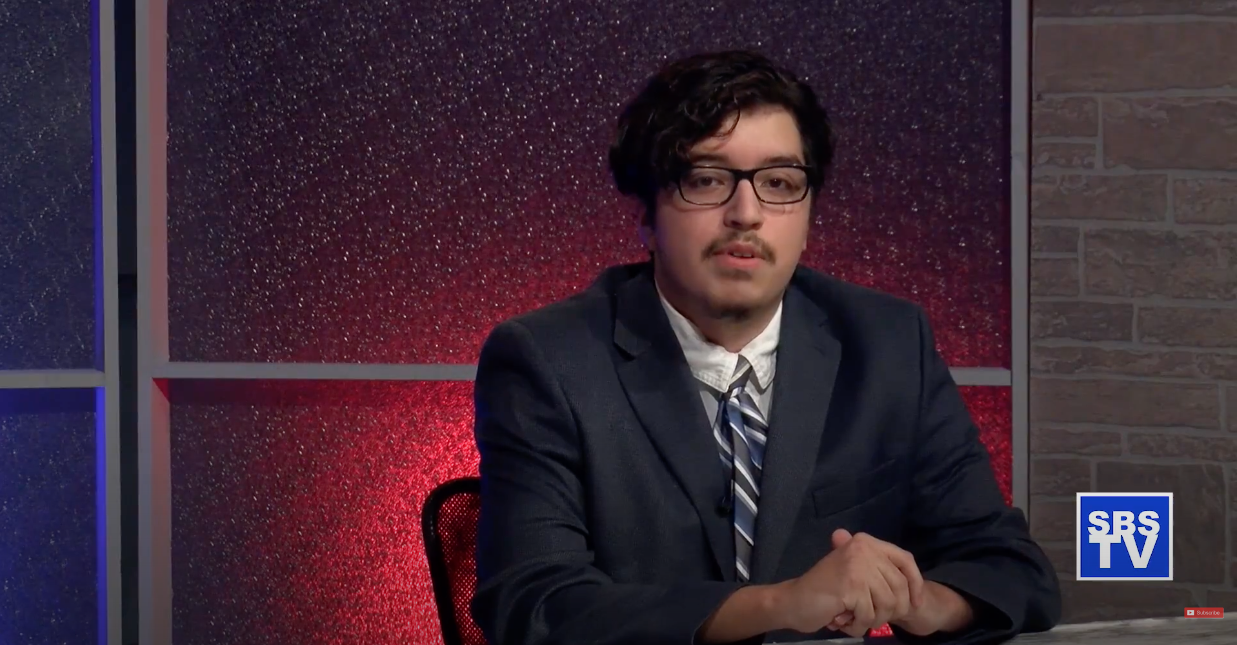 Izek on set during one of their newscasts in high school.

Izek and his friend, Ethan, on the set of their late-night show.

In high school, I was provided with a choice to join a college class called Radio and Television. In this class, I helped set up and shoot our high school newscast and made a late-night show with one of my friends! I even learned the basics of video and audio production! Before this, I was already editing amateur stuff with my friends on YouTube, so I had the motivation for this type of work and joining this class made me know what I really wanted to do in my future career. No matter what, I always had a blast in that class especially since my friends were in there too! I chose Media as a major because I felt like this would be something I will always love to do during my time at Ball State.

What has been your favorite class or career opportunity during your time at Ball State?

My favorite career opportunity is recently joining the CCIM team! Being granted this opportunity really helps me get an idea of what an actual job is going to be like and helps me become an effective editor. My favorite class so far would be my TCOM 101 class.

How have your experiences at Ball State shaped your personal growth?

As a first-year at Ball State, I didn’t really expect to gain so much growth as a student and as a person. At the end of the first semester is when it really hit me that I was on my own making my own choices to shape my future life and career. I don’t think I am at my absolute best yet, but in the next few years, I hope to really learn and become the person I want to be.

I don’t think I have had a proudest moment in my career yet, but I still have time to find that moment. I believe I will find this moment with the help of the CCIM team!

Share one thing that people don’t typically know about you.

I think one thing people don’t really know about me is that I have been an older brother to one younger sister until the pandemic hit. During that time period, the number of siblings doubled in size adding another younger sister and my first younger brother. It was really weird and crazy that it happened so fast and out of nowhere! Even my sister was really surprised that she was going to be an older sister.

What do you plan to achieve while in college?

Now that I completed my first year at Ball State, I have a few goals I want to achieve before I graduate in 2025. First, I want to graduate because that should be my top priority. Then, I want to help better my chapter as a brother of Sigma Nu because I feel like we can achieve so much as a chapter on campus. Finally, I want to produce and edit a short film during my time here. This goal has been in my mind ever since high school but I haven’t had the resources or a team to help achieve this goal. Now that I am at Ball State, I believe that this goal will be achieved.

I would say that my parents have really been my mentors to be the person I am now. My radio and television high school teacher would also be considered my mentor because he really pushed me to pursue my dreams in media production.

Are you involved in any student organizations at Ball State? 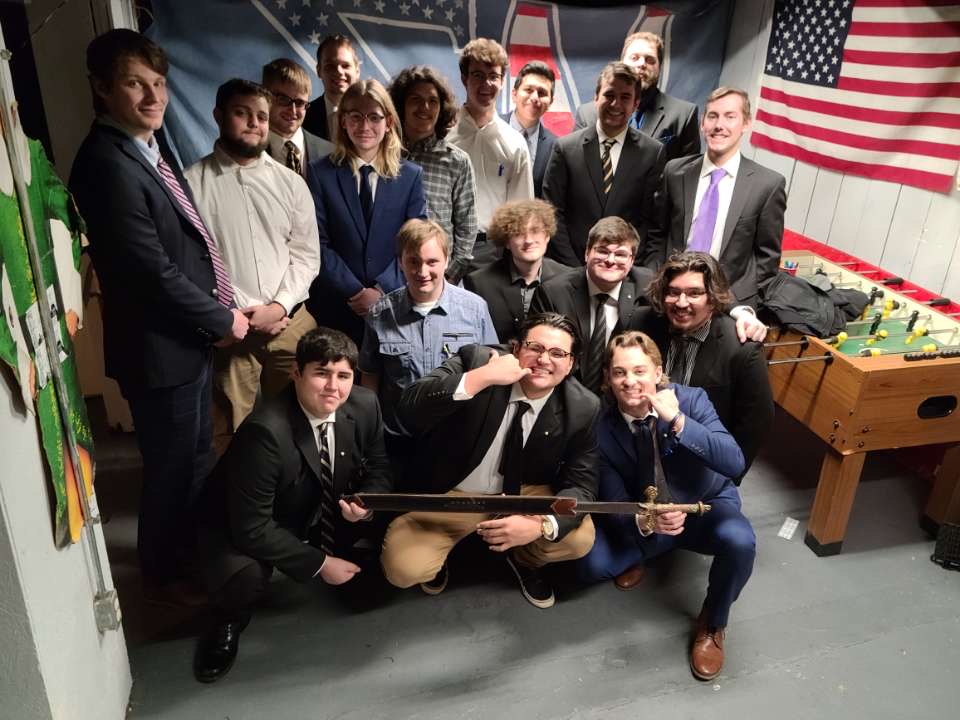 Izek and the brothers of Sigma Nu on initiation night.

I think this part of my time here at Ball State has really been the most impactful experience for me. Currently, I am a brother of Sigma Nu Fraternity and I am their social media webmaster for their Instagram page. When I first arrived at Ball State, I didn’t even consider the option of joining a fraternity. I really did not think a fraternity was for me. That was until I met three brothers of Sigma Nu and they invited me to join and become a part of their brotherhood. This decision really helped me become a better person than I was before I came to Ball State. I also gained new long-lasting friendships. I will always believe that this was the best choice in my life.

What do you think is most important about Ball State?

The most important thing about Ball State is that you are not alone. There will always be someone to help you in the right direction whether it be your parents, your professors, or even your friends. Being on campus for the first two weeks really took a toll on my mental help because I felt so lost and didn’t know what to do on my own. But after I got over that threshold, I soon realized that there were people on campus that could help me get on the right track to shape my future career.