On September 23, a small group of Ball State students nominated by CCIM faculty members took part in the David Letterman Distinguished Workshop titled “How to find your voice in esports?” co-hosted by Tim Huang and Alex Kartman.

Our guest speaker was esports legend Eefje Depoortere, professionally known as “Sjokz”. Why “Sjokz”, you ask? It is the phonetic spelling of “shocks” in Flemish—Eefje is Belgian—and therefore, a nod to the shock riffle she used as a gamer in Unreal Tournament. It is also important to note that the shock riffle is the weapon of choice for Unreal players because of its versatility and ability to cope with almost any situation. Just like the moniker she chose for herself, Sjokz has reached Esports icon status with over 1 million followers on social media.

With such credentials, it was not surprising to see many students star-struck when they first joined the Zoom meeting. But Sjokz’ bubbly and warm personality quickly put everyone at ease. She shared the journey that led her to be a League of Legends Caster and provided tips for those willing to kick-start a career in esports. Here are some of the top learning our students got out from the workshop. 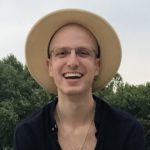 The session provided me with inspiration to to confront an uncertain future.

Since I sense that more people than ever are feeling called to do jobs that don’t exist yet, myself included, I asked Sjokz about how she forged a career in a field with no precedent. She’s a trailblazer and an inspiration in that sense, and her response was enlightening. She walked through how the foundation of her career has been a steadfast belief in herself, and the curation of a valuable skillset to fulfill her dreams. By sharing some insight on the meandering path her career has taken, she helped me realize that new jobs and roles can be born from existing ones. Her aspirations to work in esports were realized from the ground up, starting with her approaching media publications and essentially saying, “Hey, I have experience as a journalist, here’s my pitch for a segment I could write and I think it would be valuable.” In my experience, it’s easy to feel discouraged when what you hope to offer to the world doesn’t have an existing outlet, but speaking with Sjokz reassured me that we can all be agents of change; when you know you have something to offer and let it shine, the world can be more malleable than you think. 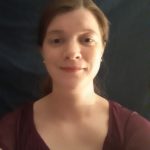 My key takeaway from this workshop is that acceptance of diverse players, including women and girls, is becoming more of a reality.

While some identified male gamers may ask if female players are just trying to prove themselves because of their gender, others are encouraging further involvement. On average, there are more women in their 30’s and up who game as opposed to the demographic of teenage boys. Plus, numbers of teen girls interested in esports are increasing at a steady rate. This seems to correlate with statistics stating that more women are getting involved with the tech industry in general. This makes me realize that we are on a positive trajectory and I’d like to think that these trends are going to continue because diversity in just about any field will improve it. Multiple perspectives from many walks of life will bring more to the table, so to speak. 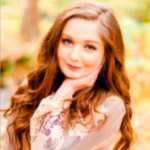 The one key takeaway I had from the workshop was Sjokz’s point to never give up on your goals.

There may be people who tell you not to pursue something because it seems outlandish, but Sjokz explained if you know your passions/skills and they align with your dream, then go for it. Nobody should stop you if the occupation you are wanting to pursue isn’t as prominent in the workforce, yet. Sjokz proved this by growing in the esports industry while the industry itself was growing. Furthermore, Sjokz explained that the place you may be now, is never it. There is so much more out there in the world that you can pursue. If you are willing to grow, then you are bound to achieve your goals. This thought process stood out to me because of her needing to work even harder in the industry being identified as a woman. That is something I can relate to and the fact that Sjokz is an example of being able to achieve something in a predominantly male industry, is truly eye-opening and influential. 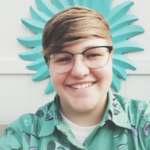 My biggest takeaway from this workshop is to continue to look for experiential esports production opportunities everywhere, and to not be afraid to try for a position in esports because you never know what the outcome may be.

I also think that it’s important to call out sexism, misogyny, or really any form of discrimination when we see it in the esports industry, because we want this industry to be one that welcomes anyone. Another thing is that esports is booming now more than ever. People who can’t watch traditional sports are turning to esports, and the key to keeping them as viewers is to inform them about esports. The last thing I took away was the confidence to continue what I’m doing within Cardinal Esports. Sjokz seemed to really enjoy learning that I was a producer for our esports teams, and she said that I am doing exactly what I should be to gain the experience necessary to be successful. Overall, I’m really grateful for this opportunity to learn from someone that’s such a high caliber figure within the esports industry. Sjokz has always been a figurehead in the League of Legends community, and being able to hear from someone that does something similar to what I want to do in the industry I want to work in is truly a once-in-a-lifetime type of opportunity. I’m glad I attended, and I, of course, will be looking forward to more lectures similar to this one in the future.

Related: Sjokz: A Voice for the Gaming Youth by Kellynn Harrison for Byte.