Alumnus Samuel Sirmons graduated from Ball State in 2012 with a degree in Telecommunications. He has always been a mover and shaker in the world of radio from his debut as on-air radio personality at WCRD in Muncie to his current role as the Producer of “Ryan Cameron Uncensored” on Radio One in Atlanta. We sat down with Sirmons to discuss how his time at Ball State laid the foundations for his successful career, and what happened after CCIM.

What kind of student were you?

I think everyone kind of struggles when they first come to college as a freshman. It really took me a while to find my place at Ball State but once I did, there was no turning back. I’d say I was a very involved student especially within CCIM. I wanted to get my hands into everything I possibly could and once I figured out TCOM is where I wanted to be, I really went for it.

How did you first get started in radio?

One of the first things I was really involved with was doing announcements for a basketball league, and I really thought I was going into TV. I ended up going to SuperParty and checked out WCRD, the on campus radio station. I had my first show on February 25, 2010, which was also my mom’s birthday hence why I remember the date so well. That day was the moment I knew that I found what I wanted to do with my life. WCRD was the first station that I ever worked at and it really laid the foundation for what I was going to do.

In 10 years, I’ve worked at 4 different radio stations, but you never forget your first.

What is one of your best memories from Ball State?

I think one of my best memories was taking my one hour show and turning it into a four-hour block. As I became more comfortable, My show and I really did get a following on campus. I think I met a need that wasn’t being served. My four-hour block was mainly Hip Hop and R&B so really being able to give that a representation on campus is something I will always remember.

One of the popular things at the time during my college career was trending topics on Twitter, people would hashtag just about anything to get people talking. My show had several trending topics which really showed my popularity on campus. It was really cool to just connect with people and I won’t forget that. 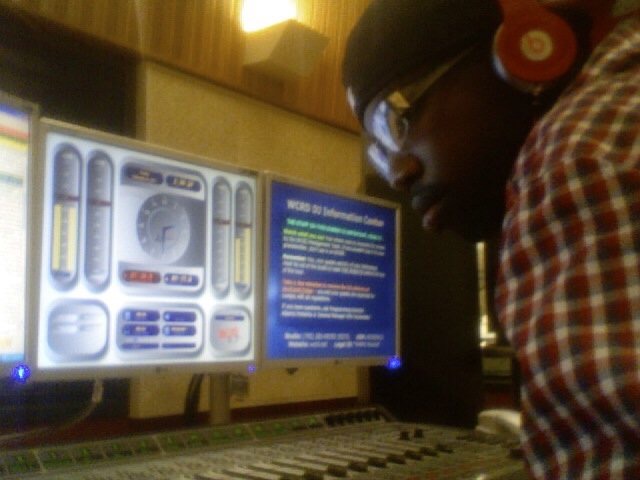 Any bad memories from Ball State?

One of my worst memories from Ball State was being suspended from the station as a junior. I reached out to a freshman that was an app developer so I thought it would be cool. WCRD didn’t have an app so I decided that I wanted to give my show an app. I talked to the program director and got the permission and secured a link to the station. The developer and I got it up and running which led to 400 downloads—This is a lot for a college radio station! Then the adviser decided to pull the plug and suspend me from the station for 2 weeks. At the time, I thought this was ridiculous since I was bringing attention to the station. What I really learned from all of this is to always check in with every one and make sure they’re in the loop because when you act on your own it can lead to consequences.

Do you have a professor that made a lasting impact on you?

Throughout my time at Ball State, there are a number of professors and faculty that made an impact on me. Ball State has world class education from the brightest professors, there was never a time that I doubted the individuals that were at the front of the classroom. There are two individuals that immediately come to mind that really got me to where I am today. Dr. Maria Williams-Hawkins really made sure that I knew what I was doing and taught me about the work ethic required to succeed in media. The second professor was Dr. Brad King who taught classes in the digital media minor. I took one of his courses and ended up getting a D and not passing the class. But what I did learn was how to be a content creator and storyteller which has helped me in my career today. 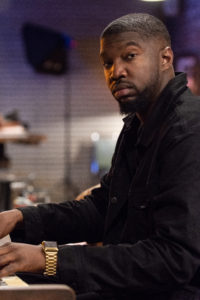 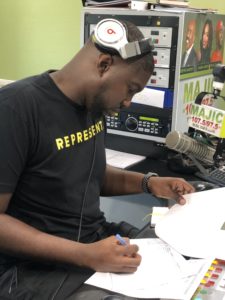