’14 TCOM alumna Alicia Herder accomplished something that very few filmmakers can claim. The film she produced right after college—La Leyenda Negra—was selected to have its world premiere at the prestigious Sundance Film Festival. CCIM Associate Dean Tim Pollard was one of Alicia’s professor at Ball State. When he heard about her accomplishment, he was not surprised. “From her time in TCOM and CCIM, Alicia showed the qualities necessary to make it to Sundance.  She’s a terrific storyteller and deserves the reception she is receiving.” In this blog post, Alicia shares her journey as a filmmaker, and how her time at Ball State set her up for success.

How it all started

In late September 2011, I was a sophomore at Ball State University car-pooling with Sam Morgan (’12 grad). We were traveling from a student film shoot that was shot three hours away in the director’s family’s barn. I was only asked to be a background extra for the shoot – to be fair, they did need more girls since the vast majority of the BSU student filmmakers at the time were male – but I was honestly thrilled to be working in any capacity with this “TCOM boy’s club”.

On the ride back, Sam was telling me about his application process for grad schools, and how he was only applying to the Top 5 Film Schools: AFI, NYU, Columbia, USC, and UCLA. This conversation was 6 months before he was accepted into NYU’s Film Directing program and 6 years before he would pivot into acting by playing Alicia Silverstone’s hunky eye candy (Adam) in the Paramount Network’s show American Woman.

He then turned the same question I had led our dialogue with onto me. “What do you want to do?”

Sam smiled. “That’s dope. We need more women in film.” We continued our drive talking about the aesthetics of different filmmakers, our favorite women directors, and how to create a plan for us to become legitimate filmmakers ourselves.

That conversation changed everything for me. Going forward I decided that I would follow a plan similar to his – in my senior year I too would apply to the Top 5 Film Schools for my Master’s degree in Film Directing. I decided that day that I would do everything in my power while at Ball State to make myself an ideal candidate for these schools. 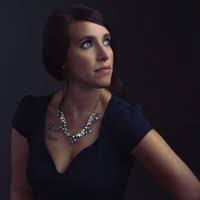 And I did. I was already a double major with Theater Directing and Video Production, but now I was a woman in overdrive. The college cliché of fueled on coffee and energy drinks? Yup, that was me. I had no idea what these universities wanted in a potential applicant, and I wasn’t going to give them any reason to discount me. I received mostly straight A’s (the David Letterman C Student Scholarship used to drive me crazy because I could never apply for it). On the TCOM side, I was a member of the Student Advisory Council for TCOM, President of Cardinal Filmworks for a year, directed one short film for a TCOM 334 class, assistant directed the 2012 Ball State summer movie, interned at the NYC non-profit Women Make Movies in summer 2013, and wrote/directed/produced two other short films outside of class – one which I used as my film sample to apply to grad school.

On the theater side, I assistant directed 3 plays, wrote and directed a manifesto against blood diamonds, and directed Sarah Kane’s 4.48 Psychosis in which all proceeds went to the American Foundation for Suicide Prevention. I was also chosen as the Midwest regional champion for directing at the American College Theater Festival and was flown out to Washington, D.C. for nationals.

On the balcony of the Kennedy Center overlooking the Potomac River, I received the phone call from a Los Angeles area code congratulating me on my acceptance into UCLA.

This goal that I had pursued for three solid years, a goal that became so ingrained in my personality up to this point: I actually did it.

That’s one of the most important lessons I took from my time at Ball State: If you genuinely want something and you really put the work into it, you can have it.

I needed a safe space where ideas could be nurtured and explored surrounded by teachers who only see your limitless creative potential.

Looking back, I am glad that I got to spend my undergraduate years honing my skills at Ball State. I’ve talked to undergrads at Top 5 Film Schools, and they get pushed to the side a lot usually because all of the school’s energy goes into the grad school programs. I don’t think I would have thrived in undergrad program at a different school. I needed a safe space where ideas could be nurtured and explored surrounded by teachers who only see your limitless creative potential. Ball State gave me both the flexibility and the structure to truly pursue my passions. If I had a question about filmmaking, I knew I could go to teachers like Sonny Wingler or Rich Swingley for support. If I had questions about a story’s narrative arc, I could ask my professors in the theater department for direction. I also spent hours bouncing ideas off of my peers and having close friends read drafts of short scripts and treatments that I was planning to develop. My time at Ball State taught me that if you are serious about your goals, others will be too. When people see a driven person, they’ll want to board that train and help you in whatever way they can. You’re the only conductor, so begin acting like it. 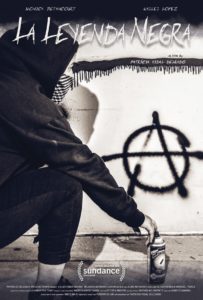 Let’s fast forward a few years – I’m in my final year at UCLA. I’m in post-production for my thesis film, Good Girl (which I actually shot in Muncie, IN), and I’m a TA for the thesis prep class. We’re on a retreat two hours away from Los Angeles at Lake Arrowhead, but instead of enjoying the splendor of nature and the man-made lake, the 25 of us are stuffed into a cabin turned conference room and spending 16 hours reading everyone’s thesis scripts. Exhausting, albeit productive. I only read the first act of Patricia Vidal Delgado’s thesis screenplay, La Leyenda Negra, and I immediately fell in love with it.

The story is a classic coming of age (one of my favorite genres), and it’s about an El Salvadoran teenager named Aleteia who is a new student at Compton High School. 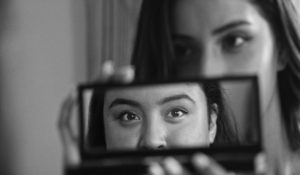 Aleteia, like all teenagers, is just trying to figure out who she is. She develops a crush on another girl at school (Rosarito), she’s trying to navigate her way through a new school, and she wants to beat the odds and get out of Compton with her full-ride scholarship to UCLA. However, after the Trump Administration decides to end the Temporary Protected Status (TPS) for El Salvadorans, Aleteia’s life and dreams are thrown into jeopardy. Even though she was brought to the U.S. as a child and this is the only country she has ever known, Aleteia is an undocumented immigrant and now risks deportation. Every dream she has pursued, every relationship she’s built, everything about her life past, present, and future, she may now lose.

During the break, I approached Patricia and shared my interest in producing La Leyenda Negra. We shot the film in June 2018 – one week after I graduated from UCLA. It was a difficult shoot – 18 shooting days in peak California heat – but I loved every minute of it.

In December 2019, we found out La Leyenda Negra was an official selection and would have its world premiere at the Sundance Film Festival. 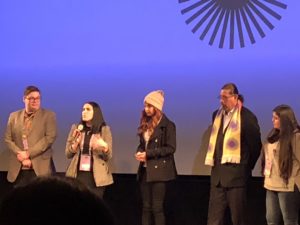 Having a film screen at the Sundance Film Festival is one of the most excitingly stressful experiences. Between running around from press junkets to parties, you’re kept incredibly busy marketing and promoting the film to every person you talk to. Our premiere was screened at the iconic Egyptian Theater in Park City to a sold out audience with a Q+A after the film. The audiences were engaging, thoughtful, and unafraid to ask bold questions. We were unafraid to answer: about the current state of immigration, imperialism, LGBTQ love and gender identities, and even what life is actually like growing up in Compton (all five of our teenage cast had graduated from Compton High School). We were able to share a Latinx narrative that not a lot of US audiences are able to see in the media, and people would come up after the Q+A’s to thank us for creating this film. 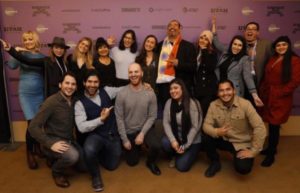 When I was at Ball State, I dreamed about having a film in Sundance. Did I think it would happen before I turned 30? Absolutely not. I thought it would take me decades to get this far if I could even make it there at all. The entertainment industry is a test of longevity and persistence. You have to show up, and you have to be your biggest cheerleader.

I don’t know where my career will take me next: I still want to direct films and television, align myself with social causes to bring about change and restore empathy, and produce projects that shine a light on minorities and women’s stories.

Yet, I know that if I continue dreaming, I can make those dreams a reality. Or at least that’s what my time at Ball State taught me.

Interested in a career in film and media studies? Visit Ball State University and the College of Communication, Information, and Media at our next Preview Day & Open House on March 21, 2020—Register here. You can also find more information on our Telecommunications program here.