Several Miller College of Business alumni were presented with alumni awards recently in small ceremonies for each awardee. 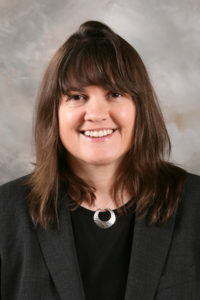 Tina Pierce, BS ’87 (finance), has been awarded the Miller College 2020 Hall of Fame Alumni Award. A long-time career employee of Honeywell, Pierce, a certified C.P.A., C.M.A., is the Vice President and CFO/COO for Honeywell Performance Materials (PMT), Atlanta, Georgia. In this role, Tina is responsible for leading the global Finance function for the $11B segment in Honeywell.  She also serves as a board and audit committee member for Harbinson Walker International.

Before PMT, she completed the portfolio transformation of the Honeywell Homes and Buildings organization ($10B in sales) by spinning the Homes business (NYSE: REZI) within 12 months. Post-spin, she assumed additional responsibility leading the HBT IT and Analytics Organization.

Before this, Tina was Vice President and CFO at Honeywell Homes and Building Technologies from 2017 to 2018. Tina has been with Honeywell since 1997. Since joining Honeywell, Tina has held several finance leadership roles across all three Honeywell strategic business groups. Significant posts include Vice President and CFO for Honeywell Process Solutions in Houston, TX from 2014 to 2017, one of the world’s leading suppliers of automation and control systems; CFO for the Honeywell Electronic Materials business; and a two-and-a-half-year assignment in Hong Kong and Singapore with Honeywell Asia Pacific.

Tina is an avid supporter of Ball State University and the Miller College of Business and shares her time and talents by serving on the MCOB Executive Advisory Board since 2017. Tina created the Pierce Scholarship Fund in 2013 to provide scholarships to students receiving course credit for participation in a study abroad or domestic travel opportunity. She is a member of the Ball State University Foundation’s Beneficence Society, Fellows Society, and Leaders and Loyals programs. 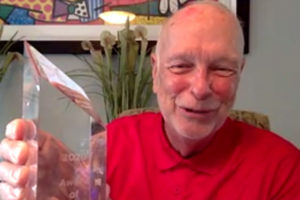 A business administration graduate, he is Senior Vice President and Chairman of the Trust Investment Committee at Coral Gables Trust.

Riley has more than 42 years of experience in the financial services industry, specializing in portfolio management and trust administration. Larry was most recently with Northern Trust Bank in Miami for a tenure of 26 years. He holds the professional investment designation of Chartered Financial Analyst.

Riley has been a strong advocate for Ball State, having served on the Ball State Foundation Board of Directors. He serves on the Miller College Executive Advisory Board and has visited as an Executive in Residence. Larry has served as a Ball State Alumni Council representative, hosted alumni association events in North Carolina and Miami, and is a member of the Ball State Fellows Giving Society. 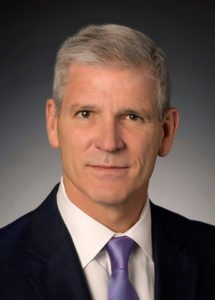 Timothy (Tim) Roberts is executive vice president, Midstream for Phillips 66, a diversified energy manufacturing and logistics company. He has more than 30 years of experience in strategy, operations, commercial, and joint ventures in the oil and gas and chemicals industries.

He began his career in sales and, in 1987, joined Phillips Petroleum, where he held positions in sales, marketing, and corporate planning. Subsequently, he moved to Qatar Chemical Company, a CPChem and Qatar Petroleum joint venture, as the country manager based out of Qatar.

After several leadership roles with CPChem, he was appointed president and CEO of Americas Styrenics, a Dow Chemical and CPChem joint venture. After serving as the vice president of Corporate Planning and Strategic Transactions for CPChem, Roberts transitioned to LyondellBasell where he held various leadership positions.

He has a Bachelor of Science in marketing from Ball State University and has served as a Miller College Executive in Residence and a Miller College commencement speaker. Roberts serves on the board of directors for Phillips 66 Partners and the Houston Zoo.