Fiction and non-fiction. Poetic and didactic. Some with virtually no budget.

That One Film Festival bends genres and norms with its experimental moving-picture art. But one thing is consistent: the event was always interactive.

“The physical event, the reason we really value that is because it puts people in Muncie in direct conversation with this new media,” said Erin Williams, executive director of the Muncie Arts and Culture Council. “And having that in person, there’s this social component where everyone can talk to each other and share their experience of watching these experimental films.”

The festival is an immersive learning project involving Ball State students and faculty working with community members. When organizers faced the reality of needing to make their event virtual in September because of COVID-19, that left them with an extraordinary challenge—how would they recreate that same engaging experience?

“We knew that it would be difficult,” said Maura Jasper, associate professor of art, “but we tried very hard to create a situation that was not just a passive experience for the viewer where you sit back and can’t engage.” 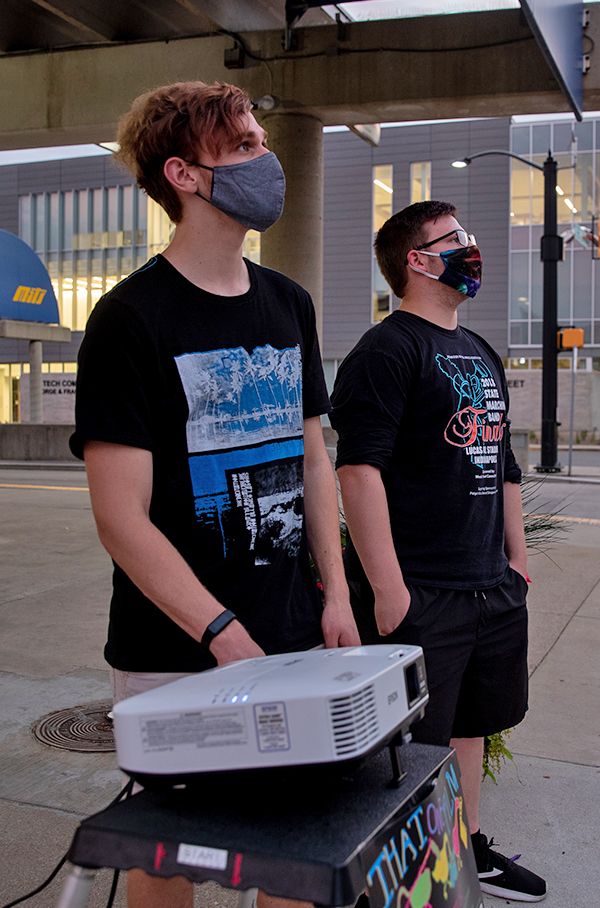 The group introduced a chat as videos streamed, letting audience members speak directly with filmmakers and each other—all while curled up on the couch with a bowl of popcorn.

And by going virtual this year, the event was able to reach a much larger audience.

“It got into people’s homes in a way that it wouldn’t have before,” Williams said. “We had over 100 Muncie households who were watching, and that’s just in Muncie.

That One Film Festival began as a biennial event in 2018 as a partnership between the Ball State School of Art and the Muncie Arts and Culture Council. The project gives students the chance to work directly with partners, helping organize and promote the event, while developing a deeper appreciation for the city’s arts and culture community.

Working behind the scenes also introduced the students to a new perspective of how the field operates.

“I felt really privileged to get to see the films before other people got to see the films and to be on the back-end of the film festival,” said Alima Iscandari, a double major in telecommunications and Spanish who worked on the project. “This is something I’ve never done before. Seeing art this way and seeing film this way opened my eyes.”

We Fly with Immersive Learning

Unique immersive learning opportunities at Ball State will help you apply what you learn in classes and build relevant skills, practical experience, and valuable connections for your career and life after graduation.