Cagney Chentnik, a Ball State University senior nursing major from Fishers, Indiana, taught English to Bulgarian soldiers on a Cultural Understanding and Leadership Program (CULP) Mission through ROTC, and she will apply that experience when she becomes a nurse.

“The trip showed me that not all parts of the country operate in the same way that the United States does,” Chentnik said. “Working with their military taught me to take a step back and realize that a difference in culture doesn’t make their way wrong and our way right.”

Chentnik was selected from ROTC cadets across the country to participate in this program. Her academic performance, physical fitness standards, and Cadre evaluation and recommendation earned her a fully-funded spot on the Bulgaria team with cadets from across the country.

“Essentially, you apply for the region that you want to go to,” Chentnik said. “My GPA and other ROTC accomplishments were considered prior to my being placed in Bulgaria.” 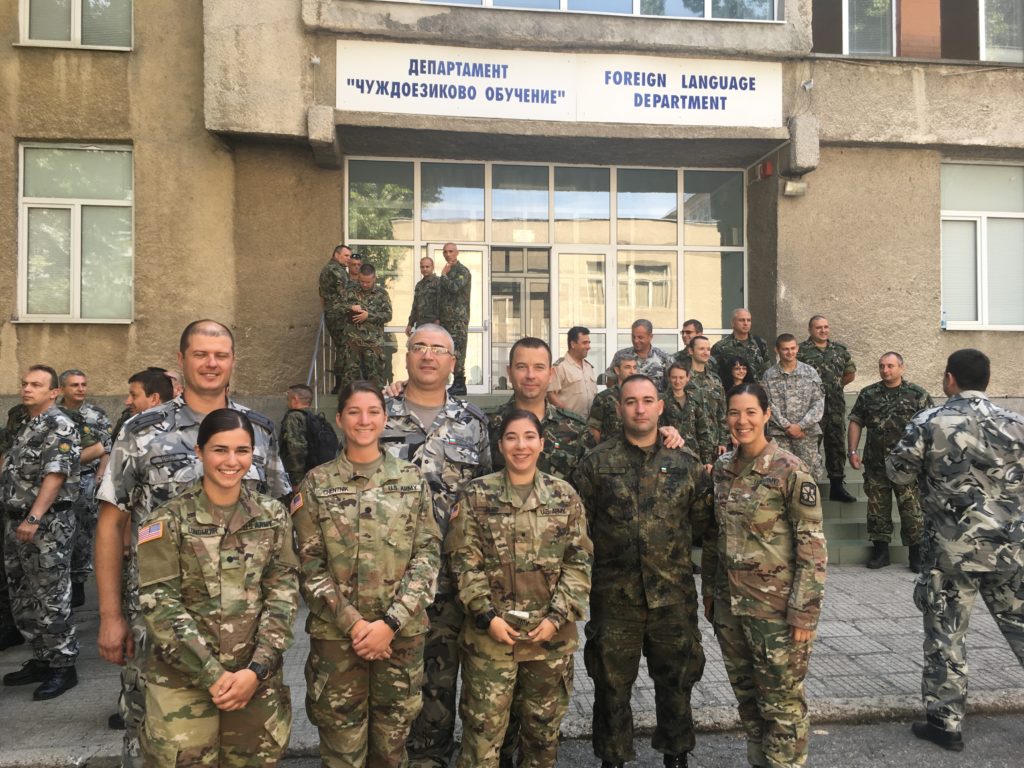 From the end of May to the end of June, Chentnik had the opportunity to teach English to the Bulgarian army. The cadets visited the Bulgarian Foreign Language Department on the Shumen military base and prepared the army members for a NATO English proficiency exam.

The Bulgarian army members aided Chentnik, as well. They guided her and other cadets through their exploration of the country. They also were invited to visit the United States Embassy in Bulgaria, where they met with the ambassador and various other members and were then invited to the ambassador’s house for dinner.

“Meeting with the ambassador was my favorite part of the experience,” Chentnik said. “It was interesting to hear his opinions on the relationship between the United States and Bulgaria.”

Upon graduation, Chentnik would like to become a registered nurse and an aviation officer for the Army. She would also like to continue traveling the world.

“Ball State’s nursing program has prepared me to interact with different kinds of people,” Chentnik said. “It was very applicable while I was in Bulgaria and learning about a different culture.”